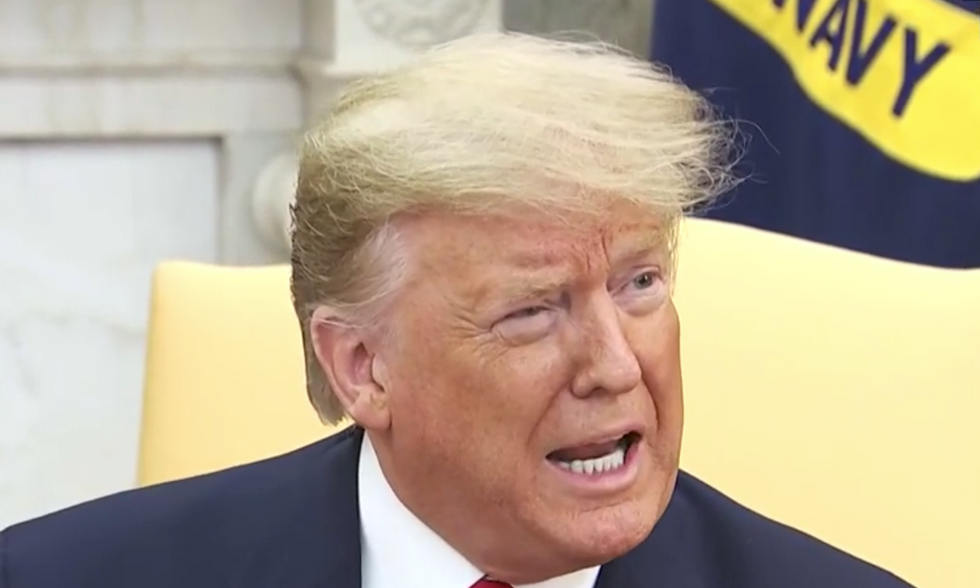 On one hand, Rubin observes, Republican supporters of President Donald Trump have “adopted the swaggering tone and false bravado of high school athletes” and are expressing a false machismo that “too often morphs into cruelty.” But “more often than not,” Rubin argues, today’s GOP is “a party of sniveling victims and temper tantrums.”

Trump, according to Rubin, is setting a tone of self-pity among Republicans.

“Trump is certainly the host of the pity party,” Rubin writes. “He whines his approval ratings should be as high as those for respected doctors, whom he trashes. He moans that polls are rigged and concern about the pandemic is a ‘hoax,’ meant to depress the economy and deprive him of a second term. You would think an authoritarian wannabe would fear being seen as a crybaby by real autocrats such as Vladimir Putin.”

Rubin describes a recent congressional hearing in which executives from four major tech companies (Apple, Google, Facebook and Amazon) were grilled by both Democrats and Republicans over their business practices, noting the contrasts between the types of questions they asked.

“Granted, Democrats frequently did not give the executives time to respond,” Rubin explains. “But they asked germane questions that got to fundamental questions about monopolistic power and its adverse effect on competitors and consumers. The Republicans? With few exceptions, they whined. Why wasn’t Trump’s son allowed to hawk hydroxychloroquine on Facebook?.... Why is it more difficult to find a story by a right-wing conspiracy mongering site on Google?”

Republicans, Rubin adds, have a sense of victimhood whether they are complaining about symbols of racism being removed from public places or the presence of “low-income housing” in suburbia.

“Increasingly, the Republican Party has adopted an agenda of hurt feelings and seething resentment,” Rubin argues. “The focus is inward-looking and not on the lives of ordinary Americans.”

Rubin wraps up her column by stressing that Republicans can’t have it both ways — they can’t be a macho party and “crybabies” at the same time.

“The reason Republicans are forever screaming and whining and accusing others is simple: victimhood and self-pity is becoming the core of what the GOP is about,” Rubin writes. “This surely is not the manly party it pretends to be.”