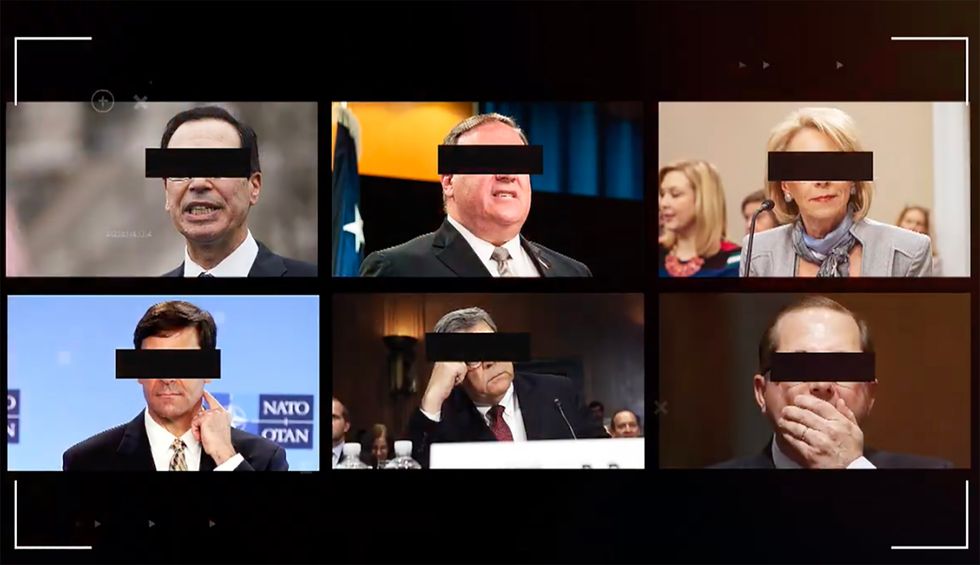 The Lincoln Project, an anti-Trump conservative group, has produced a variety of scathing attack ads slamming President Donald Trump. And in an ad that the Lincoln Project’s George Conway has tweeted, the group emphasizes that Trump’s reelection campaign is falling apart and ridicules the president for being surrounded by disloyal people who know he is losing.

In the video, a female voice poses the question: “why do you think you’re losing, Donald? It’s because you’ve got a loyalty problem.” And the video goes on to assert that those who are frustrated with Trump and disloyal to him include people in Congress and his own reelection campaign — and “even your own family.”

The announcer declares, “They whisper about you. They leak, spin, lie. They tell the media they’re smart, and you’re out of control — how you can’t focus, that you’re mentally and physically weak, that you hide in your bunker, scared and shaky.”

On Twitter, Conway echoed the ad’s theme and mockingly told Trump, “You know it’s never your fault. It’s THEIRS.”

The ad goes on to say that even though Trump is losing the election, many people around him are hoping to get “one last payday before you go down….. It’s everyone.”