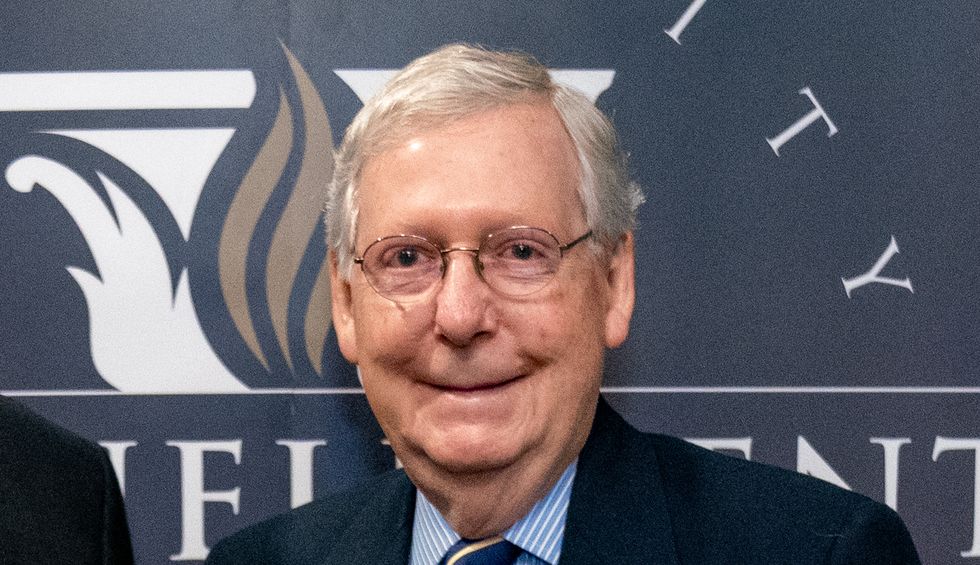 It should be called the HEELS Act, not the HEALS Act.

Since the beginning of the coronavirus pandemic, Republicans' price for supporting unemployment checks and other benefits for average working people has been several trillion dollars shoveled directly into corporate coffers, both through tax breaks, grants, and the Federal Reserve buying trillions worth of corporate stocks and bonds.

Now Republicans are saying they want to cut people's unemployment benefits, and they'll only go along with giving unemployed people a measly $200 a week if they can also give immunity to corporate CEOs and managers when their stupid decisions cause people to die.

In other words, virtually every Republican initiative has been to put corporations and their CEOs first and working people last, even fighting to defend corporations and CEOs when they kill human beings.

But what if we did the opposite?

What if we ignored corporations and their billionaire CEOs and owners altogether, gave them nothing, and instead directed all our efforts to providing unemployment and other benefits to individual human beings?

In the real world, businesses can only exist and prosper when people have money to buy their products. Economists call this "aggregate demand," and it generally refers to wages. But unemployment benefits work the same way: they put money in people's hands, and people use that money to buy things, which causes corporations to make, move, and sell those things.

If we stopped subsidizing billionaires and giant corporations, and only subsidized poor and average working people, we would actually be stimulating the economy in a more efficient manner than giving trillions of dollars to corporations.

Instead of money trickling down from billionaires and corporations, it would flow upward from consumers, which is how economies are supposed to work and how ours worked for centuries before the 1981 imposition of Reaganomics.

Old, inefficient, and monopolistic companies would be in trouble, but that would open a space in the marketplace for millions of new, innovative and smaller businesses to step in and meet the demand created by consumers spending their unemployment checks.

If we stopped subsidizing businesses and started subsidizing people, it would produce a realignment of America's business structure that would help smaller, local and regional companies tremendously, which overall would be a great thing for our economy and would reignite entrepreneurial opportunities.

The 40-year experiment of Reaganomics that required putting corporations and CEOs first has failed, and Democrats need to push back hard against Mitch McConnel's efforts to further subsidize giant companies that, in a real free market economy, would be out of business, thus providing space and opportunity for young, new and entrepreneurial ventures.The only reason Republicans have been shoveling money at giant corporations is because those corporations have been spiffing them on the back end. Ever since the Supreme Court legalized corporate bribery of politicians in 1978 with the First National Bank versus Belotti decision written by Louis Powell, this has been the nature of business' relationship with the GOP and even some corporate Democrats. Corporations contribute money, and legislators write laws that give tax breaks, giant cash subsidies and less liability to those same corporations.