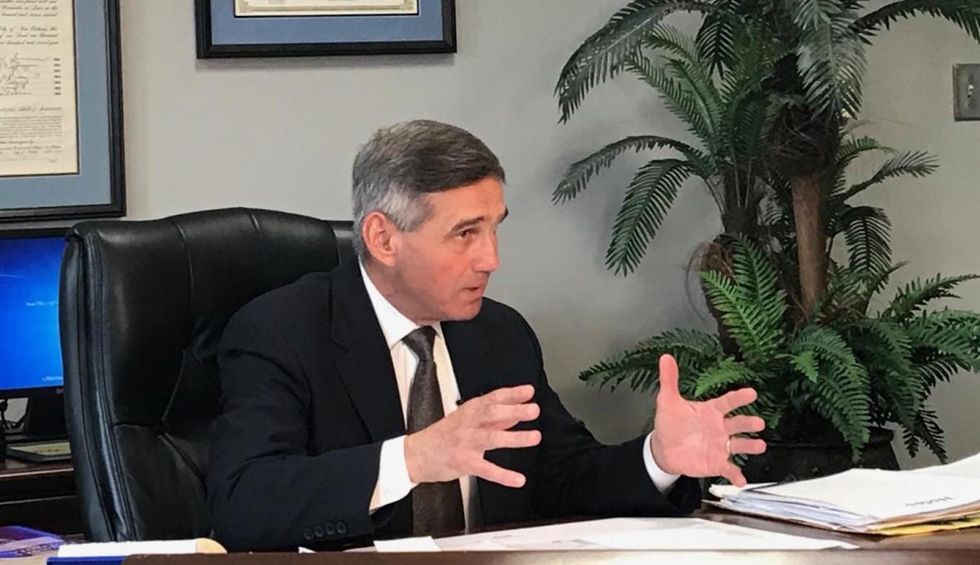 In prosecutor accountability circles, the name Leon Cannizzaro carries almost mystical significance. Cannizzaro, the district attorney of Orleans Parish (New Orleans) for the last 12 years, led the biggest prosecutors’ office in the most incarcerated state in the most incarcerated country on the planet, while filing bogus charges against ideological opponents in the public defender’s office. He routinely tricked reluctant, fearful witnesses and even victims to talk to his office through the use of “fake subpoenas” that threatened jail for noncompliance. And that is just the tip of the iceberg.

In a surprising statement on July 24, Cannizzaro announced that he would grant mercy to his city in the form of not seeking reelection. This transformed a race that was expected to be the incumbent versus an embattled reformer who is facing federal tax fraud charges, City Council President Jason Williams.

Three more candidates, all current criminal court judges, have since joined the fray: Keva Landrum, Arthur Hunter and Morris Reed. All of the candidates in the race are Black—an encouraging development for a city whose criminal justice system is rife with racism. Any would surely represent an improvement. At the same time, none are entirely convincing as sweeping-change candidates.

Judge Landrum served as the chief judge of the county from 2008 to 2019. In that role, she embraced incrementalist efforts to reduce pretrial detention based on wealth for people charged with low-level crimes, and worked with the MacArthur Foundation-backed Safety and Justice Challenge to that effect. The catch, however, is that Landrum is a strong backer of risk assessment tools as the solution to draconian criminal justice policy.

In a 2018 press statement from former New Orleans Mayor Mitch Landrieu about the rollout of a risk assessment tool to assist judges in making pretrial detention decisions, Landrum is quoted, stating, “We want a tool that is a workable model that provides more insight so judges can adequately assess the risk level of a defendant.”

The idea conveyed is that the risk assessment tool would reduce pretrial confinement for people held on low-level, nonviolent charges. The tool explicitly uses many dry, immutable factors such as “prior misdemeanor conviction,” “prior failure to appear older than two years,” and “prior sentence to incarceration.”

Tools like these may not appear racist, but are undeniably so in practice. As Matt Watkins from the Center of Court Innovation in New York City said of such algorithms, “There’s no way to square the circle there, taking the bias out of the system by using data generated by a system shot through with racial bias.”

In New Orleans, Black men are “arrested at twice the rate of white men while black women are arrested at 1.6 times the rate of white women.” And Black men constitute 94 percent of all felony marijuana possession arrests. Even when accounting for DA Cannizzaro’s notably low rate of guilty verdicts at trial of around 50 percent, Courtwatch NOLA found that over 80 percent of local criminal cases are disposed of via guilty pleas. These racial disparities continue throughout the criminal justice process.

Judge Hunter, like City Councilman Jason Williams, is running on a change platform, focusing partly on criminal justice reform and decarceration. His campaign’s Facebook page touts how he issued judicial rulings that declared racially biased criminal statutes unconstitutional, and was the first trial judge to order compensation for a previously incarcerated, exonerated defendant.

Elsewhere, he has said that he wants to no longer prosecute low-level marijuana possession cases, and to start a conviction integrity unit. Hunter also apparently “fought for equitable funding for public defenders to level the playing field with prosecutors”—though not effectively, as the state’s public defenders are still in an acute funding crisis, an issue further exacerbated by COVID-19. (Shockingly, Louisiana public defenders are paid extra to lose cases, since they do not receive their full payment unless their clients are convicted.) As a former New Orleans police officer, there are questions as to whether Hunter would be able to maintain the necessary professional boundaries between the DA’s office and the NOPD.

Judge Reed has a similar background to Judge Hunter in that he is also a former NOPD cop. He was also, at different points, a DEA agent and a state and federal prosecutor. Reed is also known for his work as the leader of the local branch of the NAACP.

In 2016, Reed led a group of protesters outside of former Jefferson Parish Sheriff Newell Normand’s office, after the sheriff freed without charge the man who shot and killed former NFL player Joe McKnight. Days later, Normand, a white man, infamously used the N-word at a presser about McKnight’s death, then ranted about “black-on-black crime”—a favored deflection point for racists. There is, however, no real evidence of the extent of Judge Reed’s commitment to ending mass incarceration.

DA Cannizzaro’s departure is undeniably good news for New Orleans. But each of the candidates to replace him has work to do to demonstrate and detail their intent. And whoever is elected in November will find that reforming the city’s acrid criminal justice system is a truly daunting task.