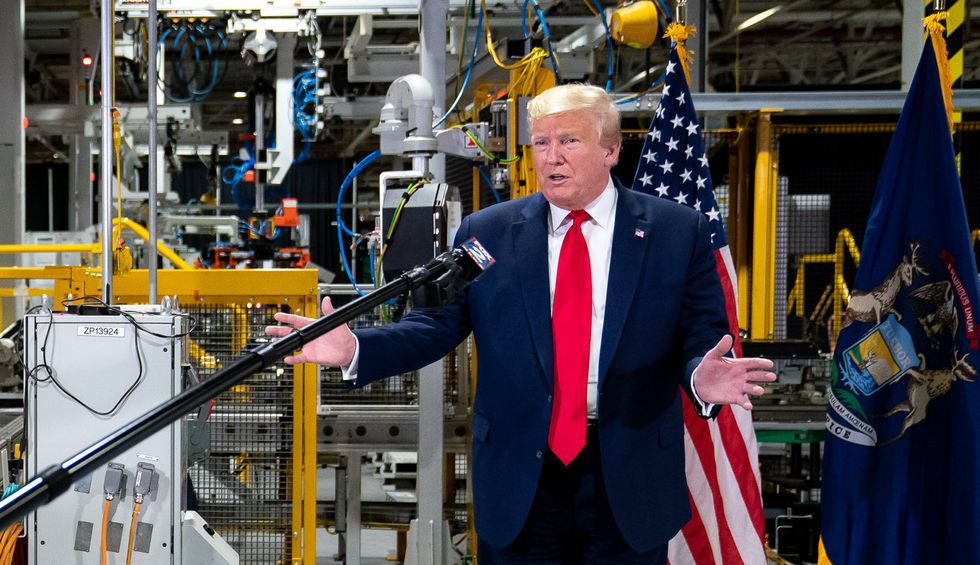 Last week, many reporters commented on how much President Donald Trump had “changed his tone” when addressing the coronavirus pandemic. The president returned to holding White House press briefings on coronavirus, encouraged the use of face masks (after having mocked them repeatedly), and canceled the Jacksonville, Florida Republican National Convention due to safety concerns. But Parker Molloy, in a July 27 article for Media Matters, stresses that Trump changing his tone is not a new theme for journalists — who, according to Molloy, have been discussing Trump’s changes of tone for five years.

Looking back to 2015 — the year in which Trump launched his last presidential campaign — Molloy recalls, “Perhaps as a coping mechanism, playing to their own normalcy biases, the press desperately tried to find any glimmer of hope that the Republican frontrunner might not actually be the Trump that was barnstorming the country. Perhaps there was a different Trump beneath the surface. Perhaps, as candidates of the past had, Trump would become more moderate as he moved to win over voters across the political spectrum during the general election. Whatever subconscious reason for it, many in the media projected their own desire for normalcy onto a Trump avatar.”

Molloy adds, “Fast forward five years, and journalists and commentators are still talking about imminent pivots and praising him for always-temporary changes in his tone.”

“Members of the press contort themselves in an effort to find something positive they can say about Trump,” Molloy stresses, “and that often comes at the expense of accurately portraying what’s happening in the world. Instead of providing context for what is happening, these analysts find still frames completely detached from time and meaning from the Trump presidency.”

In March, Molloy notes, many journalists reported that Trump had adopted a “new tone” with the coronavirus pandemic — for example, the Associated Press reported, “After weeks of trying to play down the risk posed by the coronavirus pandemic, President Donald Trump struck a more urgent tone Monday as he delivered a sobering message to Americans grappling with a new reality that will dramatically alter their lives for months to come.”

Journalists, Molloy argues, need to do more than “report on isolated moments of lucidity from the president” and should “take the extra step of providing basic context for what they’re reporting on.”

“Rather than churning out thousands of words about a shift in tone or a ‘pivot’ every few weeks with the same level of credulity they’d have afforded past presidents,” Molloy writes, “they need to understand that snapshot reporting like that only misinforms audiences and further erodes trust in the news media.”