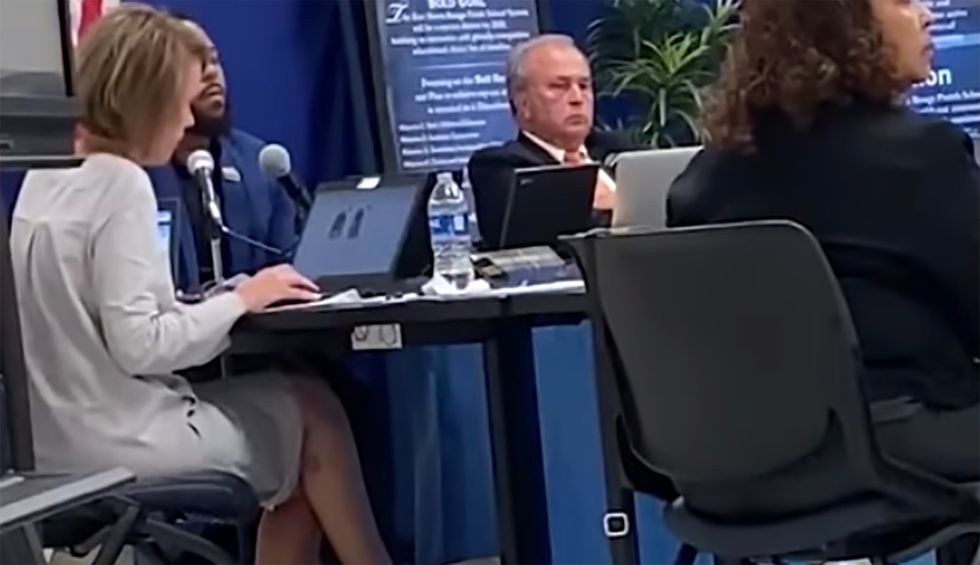 In late June, a video of Louisiana resident Gary Chambers calling out East Baton Rouge School Board member Connie Bernard for allegedly shopping online during a meeting went viral. In the video from a June 18 public meeting, Chambers told Bernard: “You sit your arrogant self in here and sit on there shopping while the pain and the hurt of this community are on display. You should walk out of here and resign and never come back because you are the example of racism in this community. You are horrible."

This came after images appeared of Bernard’s computer browser showing a retail website during a board meeting when the public was discussing the need to consider changing the name of Lee High School in Baton Rouge, named after Confederate General Robert E Lee, in the current political climate. Bernard told The Advocate that the image people saw on her laptop was a “pop-up” that she had failed to close, but “I wasn’t shopping. I was actually taking notes, paying attention, reading online comments.” Well, WAFB has the receipts.

Through a public records request, the news outlet was able to obtain a copy of Mrs. Bernard’s search history during the meeting. Lo and behold, for a few minutes during that meeting, Bernard looked through all kinds of cool discounted clothing from an online consignment store called thredUP. In fact, Bernard was so not paying attention to this “pop-up” that “she forgot” to close that she also threw one of the items into her virtual shopping cart. According to the news outlet, the time stamps on these transactions took her through the board’s discussion of “adding a new position at the school board office as well as a vendor for COVID-19 prevention products” and into the renaming of Lee High. According to the receipts, Chambers seems to have stopped shopping for clothing in time to hear the public comment portion of the meeting.

While Bernard ultimately voted to have the name changed, she did so after first condescending to Louisiana citizens by saying they should "learn a little bit more about" Robert E. Lee before deciding. She subsequently apologized for saying such a stupid and racist thing. Side note: The argument that many people use to draw more sympathy towards Robert E. Lee’s decision to lead the rebel insurgency to protect slavery was that his family fell on the that side, but that in general, he was super smart. One could say that family obligations also drove Caligula. Maybe in a couple thousand years people will have a better perspective on Robert E. Lee.

While activists and community members have repeatedly called for Bernard to resign, she told WAFB that she has no plans to give up her position.