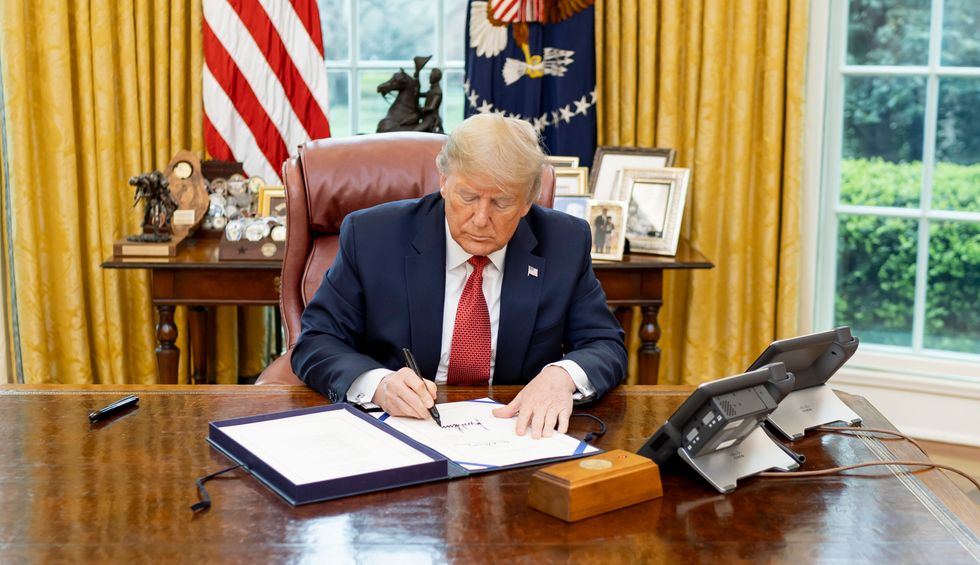 President Donald Trump on Tuesday signed a memorandum declaring undocumented immigrants are not to be counted when the number of U.S. Representatives for each state is allotted. That process, called “apportionment,” occurs every ten years after the official national census is conducted.

The U.S. Constitution mandates the census, which is being conducted this year, count “the whole number of persons in each state.” It makes no distinction as to their citizenship status.

What Trump is doing is claiming he has the authority to bypass the Constitution and declare undocumented immigrants are not “persons,” and therefore, literally, do not count.

The move follows a hard-fought campaign by the Trump administration to add a citizenship question to the census. The Supreme Court blocked Trump in that fight and it was not included.

U.S. Senator Kamala Harris (D-CA) accused Trump of “once again trying to weaponize the Census to scare immigrant communities for his own political purposes. This is patently unconstitutional and should be immediately challenged in court.”

Calling it “flagrantly unconstitutional to exclude people from the Census count based on their immigration status,” U.S. Senator Elizabeth Warren (D-MA) said the “Constitution requires that every person be counted. This is another attempt by Trump to use scaremongering against immigrants & rig the system.”

The Constitution says: "Representatives shall be apportioned among the several states according to their respective… https://t.co/CPGgHvHh4t
— Mark Joseph Stern (@Mark Joseph Stern)1595352495.0

NPR’s national correspondent reporting on the 2020 Census, Hansi Lo Wang, says Trump has “has no final authority” over the census:

National Security Professor of Law at the University of Texas School of Law: