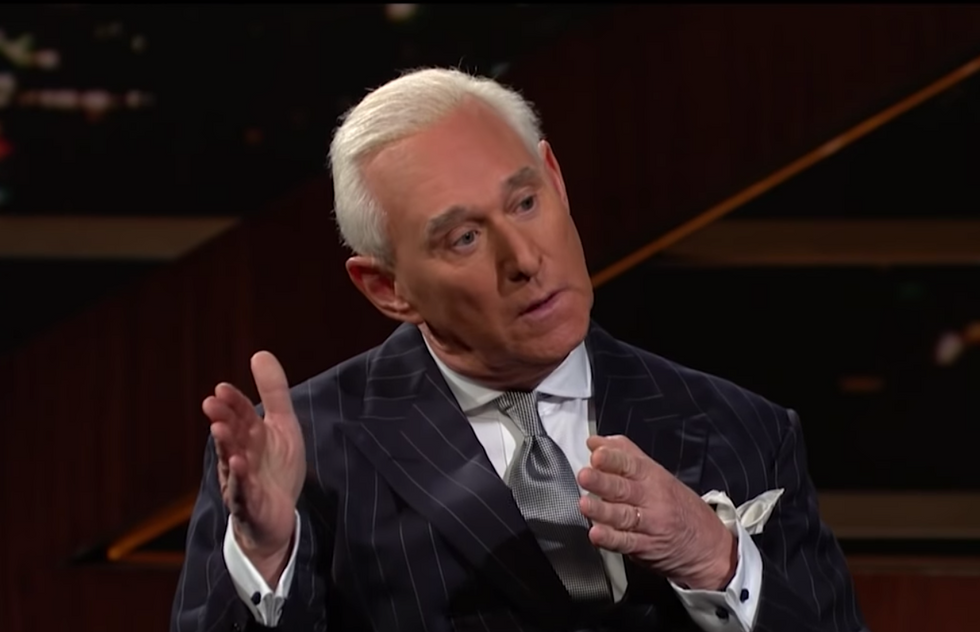 Roger Stone, a veteran GOP operative and long-time ally of President Donald Trump, was facing a federal prison sentence when, on Friday, the news broke that Trump had commuted his sentence. Stone, who was convicted on charges including obstruction of Congress and witness tampering, will not be spending three years and four months in federal prison.

But Trump cannot issue presidential pardons at the state level, and legal experts Gerald Lefcourt and Robert C. Gottlieb argue that Stone should be prosecuted in New York State.

“It is time for New York prosecutors to answer this latest assault by Trump on the rule of law,” Lefcourt and Gottlieb write in an op-ed for CNN’s website. “They should ready a state prosecution of Stone.”

Lefcourt formerly served as president of the National Association of Criminal Lawyers, while Gottlieb was an assistant district attorney in New York. And according to their piece, a prosecution of Stone in New York State would be quite reasonable.

“Bringing a new case against Stone is possible thanks to Gov. Andrew Cuomo and the New York legislature for Assembly Bill 6653,” Lefcourt and Gottlieb explain. “Signed into law last October, AB6653 enables New York district attorneys to prosecute what effectively amounts to certain friends and family of any president who pardoned them for federal convictions. Among the people who can be prosecuted are associates with information relevant to a civil or criminal investigation of the president. That would be Roger Stone.”

Lefcourt and Gottlieb note that when Stone was prosecuted, he was accused of threatening a witness: Randy Credico — and Credico lives in New York.

“It is a felony under New York’s penal code to intimidate a witness to prevent him from communicating incriminating information to a prosecutor by instilling a fear of physical injury,” the attorneys note. “It is a misdemeanor to induce a witness to avoid testifying in a legal proceeding.”