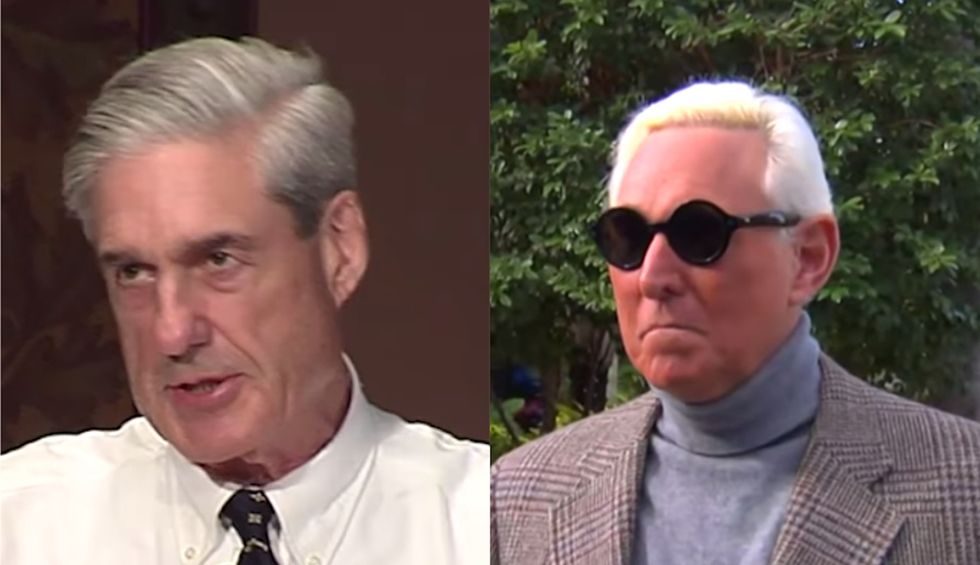 As much of a Trump loyalist as he’s been, U.S. Attorney General Bill Barr reportedly opposed President Donald Trump’s commutation of veteran GOP operative Roger Stone’s prison sentence and said that he considered the sentence fair. And Andrew Weissmann, former enior prosecutor in Special Counsel Robert Mueller’s Russia investigation, argues in a New York Times op-ed that if Barr really did oppose the commutation, the U.S. Department of Justice should “vindicate the rule of law by putting Mr. Stone before a grand jury.”

Stone was sentenced to three years and four months in federal prison after being found guilty of crimes ranging from obstruction of justice to witness tampering to lying to Congress.

“Prosecutors are well armed to get to the bottom of what Mr. Stone knows but has refused to disclose,” Weissmann explains. “If there was nothing nefarious about his coordination efforts, why did he lie about them to Congress? This question remains unanswered, as the Mueller Report notes. In spite of the president’s commutation, prosecutors can seek to discover the answer by calling Mr. Stone before a grand jury.”

Stone testified before members of Congress in 2017, and in 2019, he was found guilty of lying to them. Weissmann notes, “Mr. Stone’s criminal conviction resulted from his testimony under oath in the fall of 2017 before a Republican-controlled committee in Congress. He was asked about his interactions with WikiLeaks regarding Russian dirt on Mr. Trump’s presidential rival Hillary Clinton and his potential coordination with Mr. Trump and others on the Trump campaign about the same. Mr. Stone denied such communications. Yet scores of his own contemporaneous e-mails and texts proved otherwise.”

Weissmann goes on to say that if Stone were “served with a grand jury subpoena” and asked why he lied to Congress, he would have “three options at that point.”

“First, he can choose to lie, but that would mean he could be prosecuted for perjury and obstruction of the grand jury,” Weissmann explains. “The president’s commutation does not and could not apply to future crimes by Mr. Stone, including lying under oath to a grand jury. ... Mr. Stone’s second option is to refuse to comply with the subpoena, but that could lead to his being held immediately in civil and criminal contempt.”

The third option, according to Weissmann, is “simply to tell the truth” — and that one “does not carry with it the risk of criminal charges and jail.”

“This Department of Justice may not authorize pursuing the truth about the unanswered question: why did Roger Stone lie to Congress?” Weissmann writes. “But that does not mean future federal prosecutors must make the same decision or that a state prosecutor cannot now seek Mr. Stone’s testimony.”