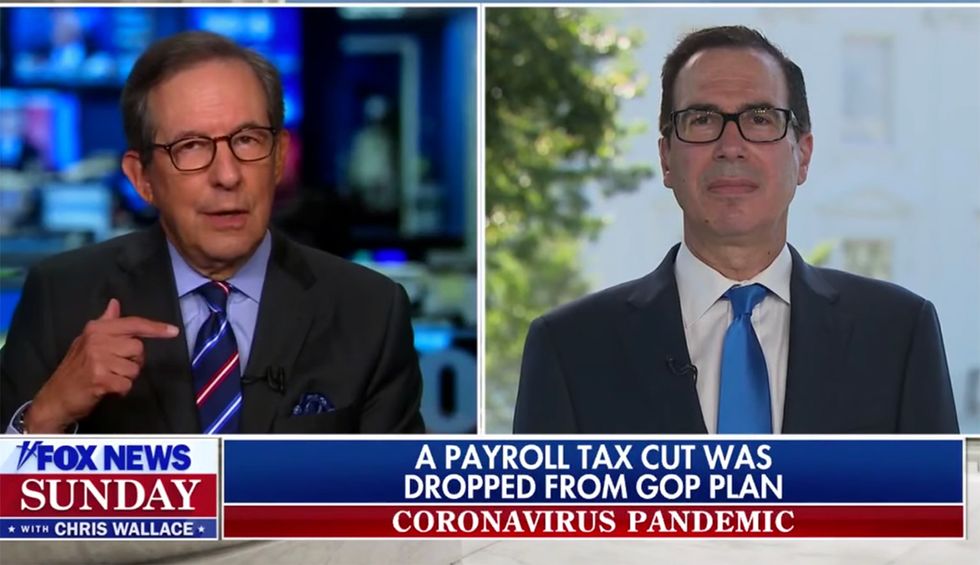 During an interview with Mnuchin on Fox News Sunday, Wallace noted that Trump had recently threatened to veto a COVID-19 stimulus bill “that did not include a payroll tax cut.”

“That now is gone from all the discussions,” Wallace explained. “Why did the administration cave on that so quickly?”

Mnuchin immediately blamed the omission on House Speaker Nancy Pelosi and Senate Minority Leader Chuck Schumer, who are both Democrats.

“The Democrats were not going to give us a payroll tax cut,” the Treasury secretary opined.

Wallace interrupted: “Sir, to be fair, it wasn’t just Democrats. There were a number of Republicans who rejected this.”

“They all said they had no interest in that,” Wallace continued. “So, you’ve gotten blowback, not just from Democrats, but from some top Republicans as well.”