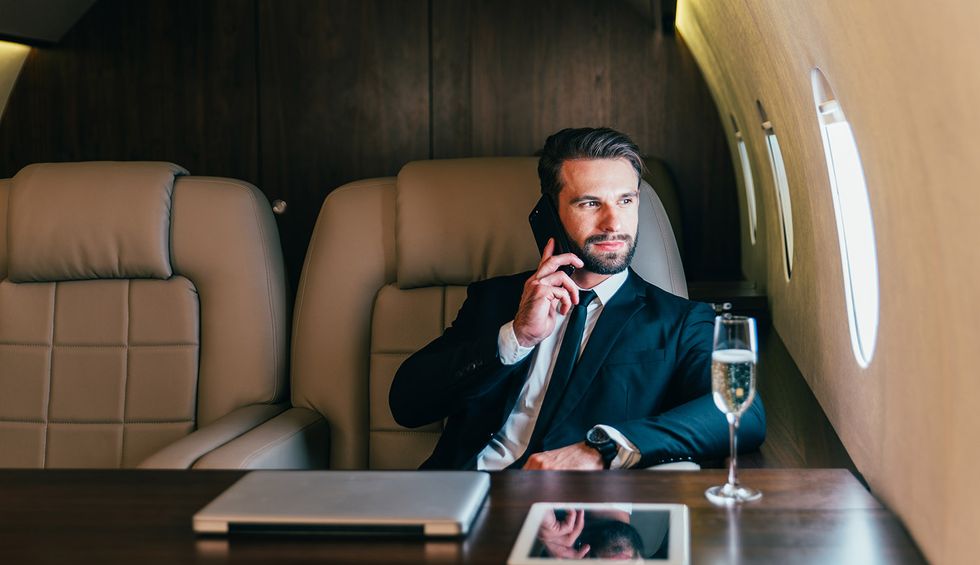 A group of more than 80 self-described "millionaires for humanity" came together Monday to urge governments across the globe to tax them and other ultra wealthy people to cover the immediate costs of the coronavirus pandemic and to build more equitable, just societies in the long term.

The extremely rich individuals recognize in their joint letter that although they are not on the front lines of this pandemic treating Covid-19 patients or stocking shelves, they do have a lot of money—"money that is desperately needed now and will continue to be needed in the years ahead, as our world recovers from this crisis."

The takeaway message of the letter is: "Today, we, the undersigned millionaires, ask our governments to raise taxes on people like us. Immediately. Substantially. Permanently."

Outlining how the pandemic has exposed and exacerbated systemic economic, education, and healthcare issues, the letter asserts that "the problems caused by, and revealed by, Covid-19 can't be solved with charity, no matter how generous."

"Government leaders must take the responsibility for raising the funds we need and spending them fairly," the letter continues. "We can ensure we adequately fund our health systems, schools, and security through a permanent tax increase on the wealthiest people on the planet, people like us."

The signatories express gratitude for the efforts of those who are risking their lives to take on the crisis and acknowledge that "we do not have to worry about losing our jobs, our homes, or our ability to support our families. We are not fighting on the front lines of this emergency and we are much less likely to be its victims."

Over three-quarters of the 83 signatories are based in the United States—including Disney heirs Abigail and Tim Disney, Ben & Jerry's co-founder Jerry Greenfield, and Patriotic Millionaires chair Morris Pearl—but the list also includes residents of Canada, Denmark, Germany, the Netherlands, New Zealand, and the United Kingdom.

"The Covid-19 crisis has revealed the fragility of our system and shown that no one―rich or poor―is better off in a society with massive inequality and a failing social safety net," Pearl said in statement Monday. "We must reset our tax structure to one that values the contribution of labor as much as the contribution of capital."

The letter was circulated by Bridging Ventures, Club of Rome, Human Act, Oxfam International, Patriotic Millionaires, and Tax Justice U.K. ahead of the G20 Finance Ministers and Central Governors meeting, and the Special European Council meeting, which are expected to focus on rebuilding economies affected by the pandemic.

Other signatories include Dr. Mariana Bozesan, a philanthropist recognized as 2019's European female investor of the year; British screenwriter and director Richard Curtis; Ané Maro and Djaffar Shalchi, the couple behind the Danish organization Human Act; Antonis Schwarz, an activist, philanthropist, and impact investor of Greek-German descent; and Sir Robert Tindall, a businessman and philanthropist in New Zealand.

"Together, we question the concentration of wealth, and demand hands on solutions to create more economically viable societies," said Shalchi. "Personally, I believe we need a global wealth tax of one percent on the world's richest people. People like me can afford it, it will do us no harm, and it will have a huge impact."

Bozesan said that "like the 2008 financial crisis, the Covid-19 pandemic shows us that current systems, including economic, financial, and political, are not well equipped to handle current grand global challenges; they are only exacerbating them."

"Because I grew up extremely poor in communist Romania," she added, "I feel a deep calling to do whatever I can to implement the U.N. Sustainable Development Goals, and am especially focused on inequality, poverty, and job creation that can restore dignity and well-being at all levels of society."