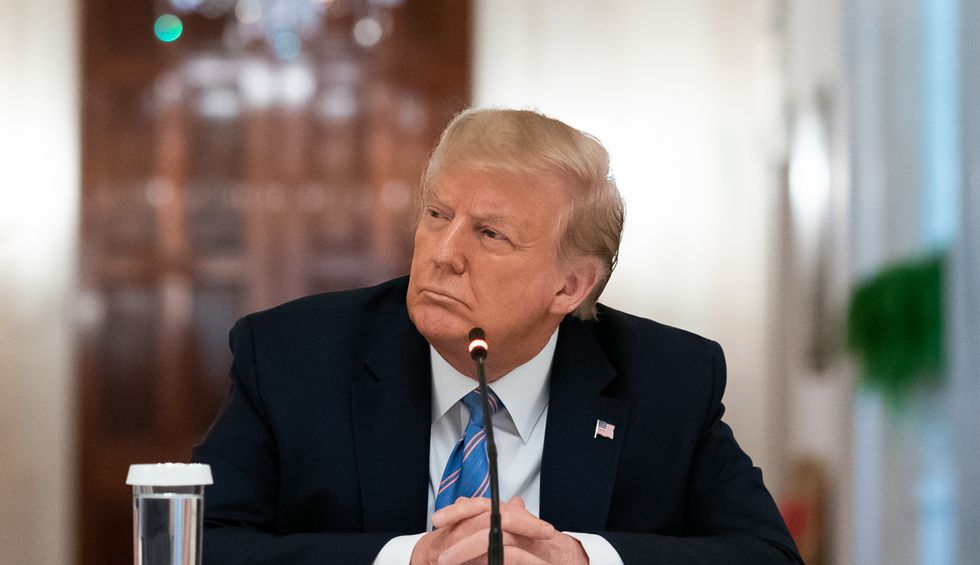 President Donald Trump, during the coronavirus pandemic, has been insisting that no one loves small businesses more than he does. But in a campaign video for former Vice President Joe Biden — the presumptive Democratic presidential nominee — three struggling small business owners from Pennsylvania take issue with Trump’s claims about the U.S. economy.

The video shows clips of Trump sounding very bullish about the economy, but the business owners clearly don’t share his rosy outlook. One of them, a Philadelphia resident named Tiffany, hears Trump declaring, “Next year is going to be a phenomenal year” and responds, “OK, what market is he talking about?” And when Emmaus, Pennsylvania-based bookstore owner Kirsten hears Trump saying, “We’re doing record numbers,” she responds, “Wow, record numbers of what?”

Scott, a restaurant owner from Swarthmore, PA in the Philly suburbs takes no comfort in Trump’s claims about the strength of the stock market. Scott explains, “Most of us don’t care what the Dow Jones Industrial Average is. (If) the Dow Jones goes up 1000 points, I don’t do ten more breakfasts the next day.”

Tiffany complains that the Paycheck Protection Program has not given her enough “to pay my employees their full paycheck every week.” And Kirsten notes that her bookstore has yet to “see PPP,” saying of Trump, “It used to be a joke because it was a Twitter feed that we can just make fun of. Now, it’s people’s livelihoods and people’s lives.”

The fact that Tiffany, Kirsten and Scott are all from Pennsylvania is not unimportant, as Pennsylvania is one of the key battleground states in this year’s presidential election. Although Trump narrowly won Pennsylvania in 2016, a Monmouth University poll released earlier this week found the president trailing Biden by 13% in the Keystone State.