When police killed Breonna Taylor in her own bed, it wasn't caught on video 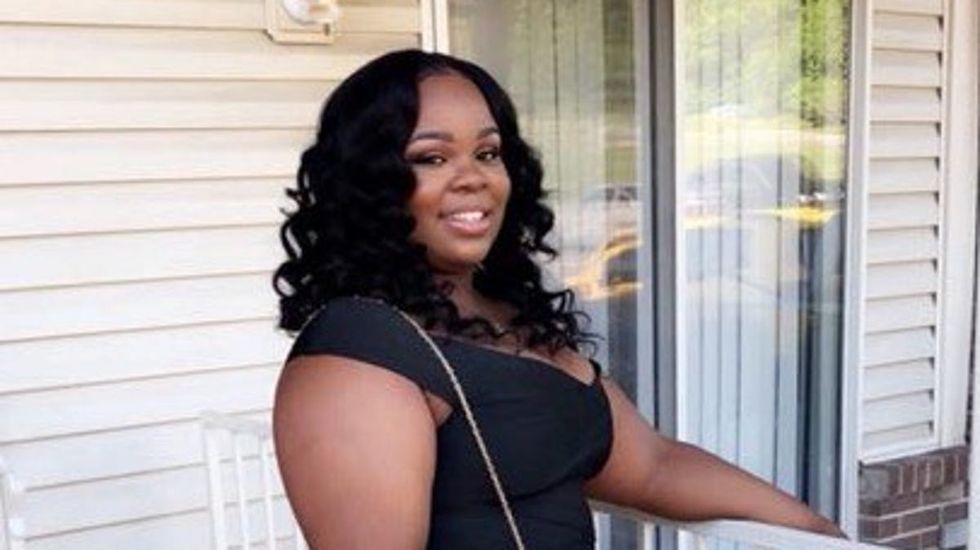 Whatever you think about the unrest gripping this country--whether you're outraged by cops' across America brutally repressing peaceful protesters or the people breaking windows and looting businesses--the proximate cause was officer Derek Chauvin, who was still on the job despite being named in 18 previous complaints, slowly murdering George Floyd on the street--compressing his throat for 8 minutes and 46 seconds--as other officers looked on and a small crowd screamed that Chauvin was killing him. That video quickly went viral and here we are.

The slaying of Breonna Taylor, a 26-year-old EMT who wanted to become a nurse, by police in Louisville, Kentucky shared the same root causes: American cops' indifference to taking black lives in the course of their work, poor training, etc. But the specifics of the case differed in some important ways.

Taylor was shot eight times in her bed by narcotics officers serving a "no-knock" warrant in the middle of the night of March 13. The cops were investigating two other people, including one man who Taylor had dated a couple of years previously but was no longer in contact with, according to her family. The cops' suspect lived ten miles away, and was in police custody when they broke into her apartment.

Taylor's boyfriend, Kenneth Walker, called 911, according to a lawsuit filed by Taylor's family. He had a licensed handgun. There is some dispute about who fired first, but in any event Kentucky is a "Castle Doctrine" state, and according to the lawsuit, "any defensive force [police] used against [Taylor and Walker] was due to their forcible and unlawful entry into Breonna's home." As the family's attorney, Benjamin Crump, told reporters, "it was police officers that were being reckless and irresponsible and shooting from outside the house, shooting through windows. They don’t do this in other neighborhoods.”

The cops found no incriminating evidence in the apartment. Taylor and Walker had no criminal records. But one of the detectives involved in the raid, Brett Hankison, was the subject of an ongoing federal lawsuit alleging that he "harass[ed] suspects with unnecessary arrests and plant[ed] drugs on them," according to USA Today.

The biggest difference between the killings of Breonna Taylor and George Floyd--and Ahmaud Arbery, Eric Garner and others whose murders or beatings became causes--is that it wasn't caught on tape.

And the city's response to this egregious killing of a young essential worker who was fighting to contain the Covid-19 pandemic is telling. Without national attention, the Louisville Metropolitan Police Department refused to even comment on the case for six days. When they did make a statement, they appear to have lied. They claimed, for example, that the cops had knocked on Taylor's door before entering, but according to Vox, "it was later uncovered that the police had been granted a no-knock warrant by a judge, which allowed them to enter Taylor’s apartment without announcing themselves. They also weren’t wearing body cams." There is an ongoing federal probe into the case but so far nobody has been charged.

If you're planning on protesting the murder of George Floyd, also keep Breonna Taylor in mind--and in your heart. She was a young woman who should be alive today, and almost certainly would be if she had been born white.