Trump’s claims on the US economy are wildly exaggerated: conservative 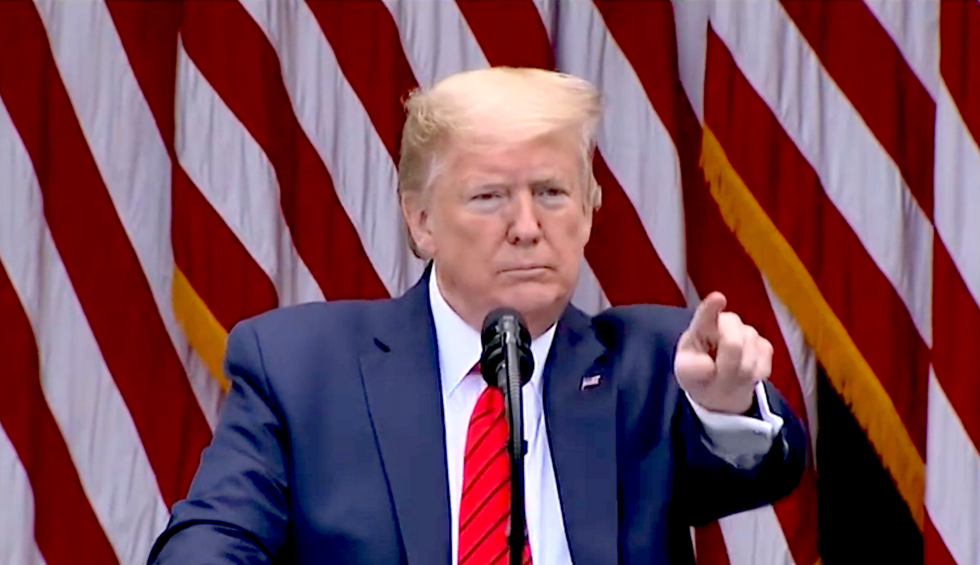 President Donald Trump continues to brag that he brought about an historically great economy in the United States — one that was temporarily derailed by the coronavirus pandemic and will, Trump claims, be great again if he wins a second term in November. But writer Thomas A. Firey, in an article for the conservative website The Bulwark, uses recent economic data and analysis to show why Trump’s claims about his role in the U.S. economy are wildly exaggerated.

Firey doesn’t dispute that according to official government figures from the Bureau of Labor Statistics, the U.S. had low unemployment before the coronavirus pandemic. But Trump, Firey stresses, is greatly exaggerating the role he played in the country’s economic recovery from the Great Recession. And the Bulwark contributor makes his point not by quoting a liberal economist such as Paul Krugman or Robert Reich, but by noting what economist Pierre Lemieux had to say in Regulation — the policy journal of the Cato Institute, a right-wing libertarian think tank.

U.S. unemployment, Firey notes, “was nearing historic lows in 2019, a remarkable change from the 10% it reached in October 2009, four months after the end of the Great Recession. From that point in October 2009, the unemployment rate declined steadily, first under the final seven years of the Obama Administration — falling to 4.7% in December 2016 — and then falling to 3.5% under Trump in late 2019.”

The low unemployment rates in the U.S. in 2019, Firey writes, were “great news for American workers, but it doesn’t suggest that President Trump performed any better on the economy than his predecessor.”

It isn’t uncommon to hear liberal and progressive economists asserting that Trump gives himself way too much credit for the state of the U.S. economy. Krugman, in his New York Times column, has repeatedly stressed that Trump inherited an economy that had been recovering more and more under President Barack Obama. But Firey’s article is an example of a piece that was written for a right-wing website and draws on analysis for a right-wing libertarian think tank to reach its conclusion.

Krugman and The Bulwark have very different motivations. The Bulwark, founded by Never Trump conservatives Bill Kristol and Charlie Sykes after the demise of the Weekly Standard, believes that Trump has been terrible for the GOP and the conservative movement — whereas Krugman, a staunch New Deal/Great Society liberal, has problems with right-wing ideology in general and is often in agreement with Sen. Elizabeth Warren of Massachusetts. But when it comes to Trump’s misleading claims on the role he played in the U.S. economy, Krugman and Never Trumpers have some common ground.

Another thing Lemieux’s analysis shows, according to Firey, is that Trump has increased the United States’ federal deficit from what it was under Obama.

“The data show that the economy more or less followed the same course in the first three years of Trump’s administration that it did over the last seven years of the Obama Administration,” Firey asserts. “Second, Trump’s administration rang up trillions of dollars in new government debt even before it began spending to fight the effects of COVID-19. That’s his actual record. He should own it.”