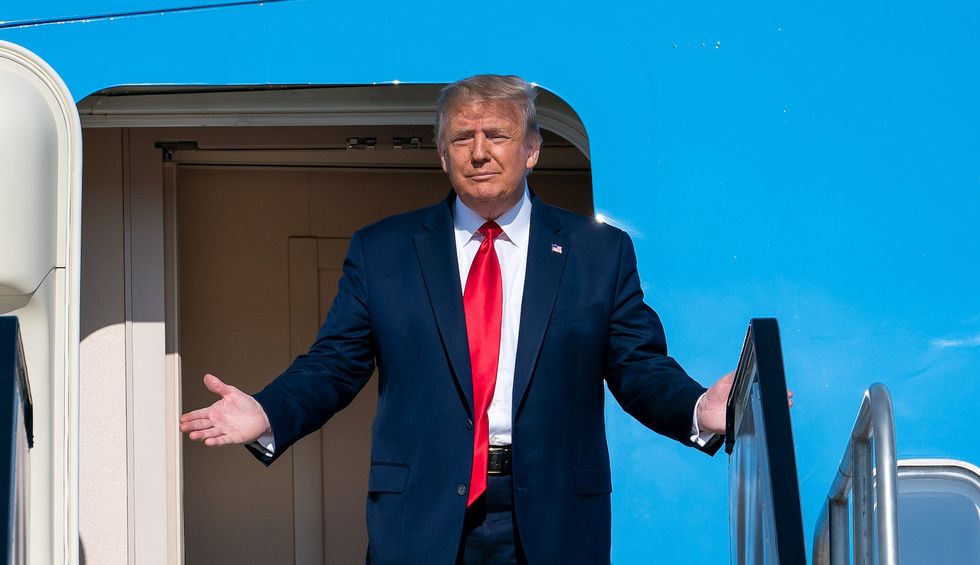 The Trump campaign deliberately arranged for Trump’s recent rally in Tulsa Oklahoma to be as dangerous a venue for the spread of Covid-19 as possible, even as they required those who did attend the now-infamous event to sign away their right to sue if they became infected.

In the hours before his rally in Tulsa, President Donald Trump's campaign directed the removal of thousands of "Do Not Sit Here, Please!" stickers from seats in the arena that were intended to establish social distance between rallygoers, according to video and photos obtained by The Washington Post and a person familiar with the event.

Significantly, this action by the Trump campaign reversed social distancing measures already instituted by the BOK center management for the rally.

As part of its safety plan, arena management had purchased 12,000 do-not-sit stickers for Trump's rally, intended to keep people apart by leaving open seats between attendees. On the day of the rally, event staff had already affixed them on nearly every other seat in the arena when Trump's campaign told event management to stop and then began removing the stickers, hours before the president's arrival, according to a person familiar with the event who spoke on the condition of anonymity to discuss internal matters.

The Trump campaign also specified that no references to social distancing such as warning signs or placards should be displayed, according to Doug Thornton, an executive vice-president for ASM Global, the venue’s management, interviewed for Billboard  Magazine.

Campaign staff quickly radioed over to an executive at ASM Global and asked the arena to stop labeling the seats. In fact, "they also told us that they didn't want any signs posted saying we should social distance in the venue," says Doug Thornton, executive vp for ASM Global...[.]

ASM was told by the Tulsa’s Republican mayor to proceed exactly how the Trump campaign specified. From the Billboard article:

[E]ven if ASM Global had wanted to cancel the rally, Thornton didn’t think the company had the legal authority to block the President from using the publicly-owned arena. Oklahoma state law was clear, Thornton says: Since the state had entered phase 3 of its reactivation plan, full capacity events like the Trump campaign rally were allowed, and the city’s public safety agencies had already signed off on the event.

“We would never make a call on an event like this without contacting the local officials, to get their approval,” he explains. “An ASM executive even reached out to the mayor’s office and asked, ‘Are you OK with us going forward with this?’ Their response was, ’Yeah, proceed to the fullest extent that the President has requested,’” Thornton says.

As reported by the Post, Trump campaign spokesman, Tim Murtaugh, did not address the sticker removal but pointed to the fact that attendees were (purportedly) provided with hand sanitizer and masks, should they have elected to use them. Given the fact that Trump himself has pointedly refused to wear any type of mask in public, the result of such token measures was doubtlessly as expected: very few attending the rally wore them.

The Post article notes that Trump “wanted every seat packed.” Of course, the rally’s embarrassingly dismal attendance is now forever enshrined in history, but for those who were present, it appears that beyond doing the bare minimum to provide a veneer of deniability, little if any effort was made to ensure either their protection or to prevent them from infecting others. In fact, quite the reverse: it appears the intent was to fill as many seats as possible, as closely as possible, whatever the consequences to the attendees or the people they came into contact with afterwards, long after Trump’s pointless exercise in ego-gratification had concluded.