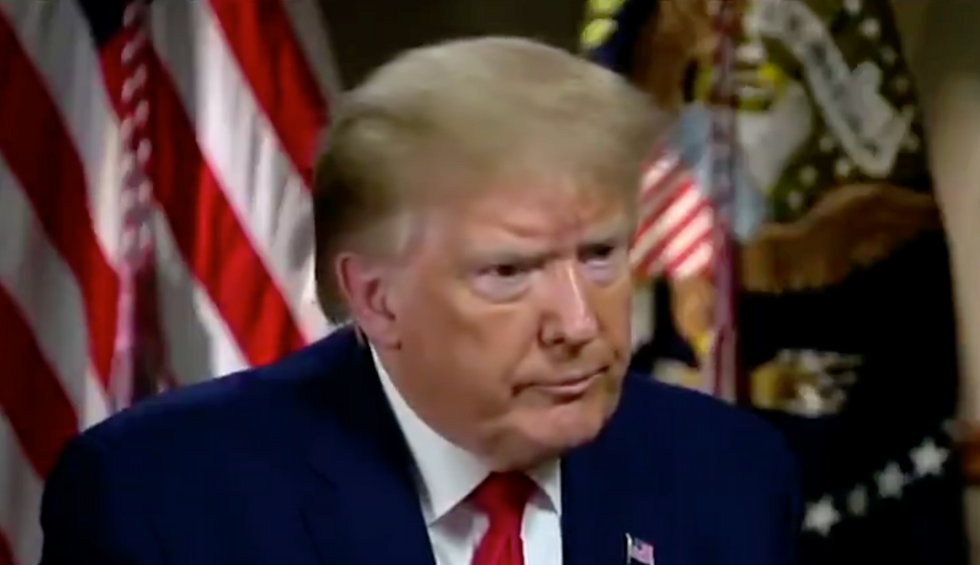 President Donald Trump typically goes to Fox News to be treated with deference, but in a Thursday interview with host Harris Faulkner, he became clearly uncomfortable when she uncharacteristically challenged him.

Faulkner usually promotes the party line on Fox News, rarely deviating from standard GOP talking points as her colleague Chris Wallace does, on occasion. That's why it was particularly surprising when Faulkner not only pushed Trump on a difficult issue but corrected his mistaken claim.

Then she brought up what was clearly on her mind — Trump's incendiary use of the phrase "when the looting starts, the shooting starts," at the beginning of the George Floyd protests.

"Do you know where [the expression] comes from?" she asked.

His face was blank for a second, and he looked down briefly before saying: "I think Philadelphia, the mayor of Philadelphia."

"No," said Faulkner, cutting Trump off with a refreshing bluntness. "It comes from 1967. I was about 18 months old at the time."

"Yeah," Trump said quietly, nodding but clearly disconcerted at having been challenged on Fox News. Under other circumstances, Trump undoubtedly would have cut off his interviewer and began arguing with a member of the media who contested his factual claims, but for some reason, he simply sat uncomfortably as Faulkner explained the history.

"It was from the chief of police in Miami. He was cracking down. And he meant what he said. And he said, 'I don't even care if it makes it look like brutality. I'm going to crack down. When the looting starts, the shooting starts.' That frightened a lot of people when you tweeted that," she said.

Trump tried to excuse his claims, saying the phrase has been used by many people in other circumstances. He claimed it could be used both as a threat and as a warning of the uncontrollable consequences of looting. But he gave no explanation for the fact that, given this crucial ambiguity, he would use such dangerous words that could easily be interpreted as an instruction to police and others to shoot looters on the spot.