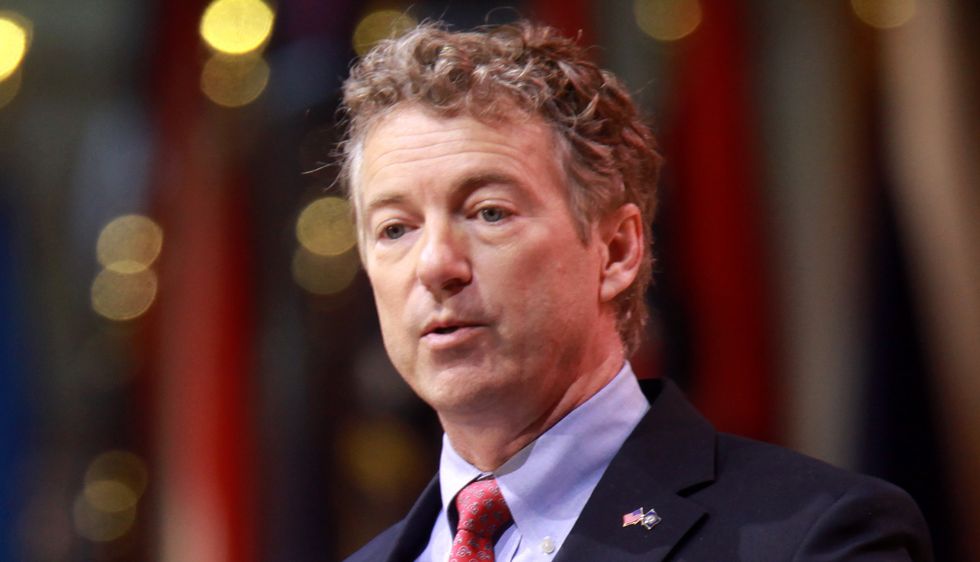 Sen. Rand Paul of Kentucky was highly critical of Dr. Anthony Fauci and other health experts when he spoke Tuesday for a coronavirus Senate hearing. During the hearing, the GOP senator argued in favor of schools reopening and accused health officials of being arrogant know-it-alls — an assertion that Paul is being slammed for on Twitter.

Arguing in favor of schools reopening, Paul asserted, “We need to not be so presumptuous that we know everything. ... Perhaps our planners might think twice before they weigh in on every subject. Perhaps our government experts might hold their tongue before expressing their opinion.”

He also said: "We shouldn’t presume that a group of experts somehow knows what’s best for everyone."

During the hearing, Fauci — who serves as director of the National Institute of Allergy and Infectious Diseases and is part of President Donald Trump’s coronavirus task force — defended his recent warning about professional sports. Fauci recently said that it would be risky for professional football to resume this fall in the U.S., and he stood by that warning during the hearing — telling Paul and other senators, “It would be very hard to see how football is able to be played this fall.”

Paul, who is the son of former Texas Rep. Ron Paul, accused Fauci of promoting “undue fear” and said, “We shouldn’t presume that a group of experts somehow knows what’s best for everyone. We just need more optimism.”

Fauci, however, warned that the U.S. might be seeing 100,000 new cases of coronavirus per day “if things don’t turn around” and stressed, “It could get very bad.” And the expert immunologist went on to say that he was “quite concerned about what we are seeing evolve right now in several states” — a reference to all the new coronavirus cases being reported in Sun Belt states such as Arizona, Florida, Texas and California.

“We’ve got to make sure when states start to try and open again, they need to follow the guidelines that have been very carefully laid out with regard to (reopening) checkpoints,” Fauci told senators.

Twitter has been full of reactions to Paul’s assertions. Twitter user Mike Naughton, @MikeNau99524529, posted, “Rand Paul and Trump refuse to grow up and listen to honest adults.” And @sarahklop accused Paul of “throwing a hissy fit. About baseball.”

@PJDeGenaro said of Paul, “Libertarians are just people who never grew the hell up. ‘Wah! I want to play baseball NOW! I want to go to a restaurant NOW! I want to shoot guns indiscriminately and not wear a seatbelt! Wah!’ I can't believe anyone voted for this guy.”

@NPR Rand Paul is against anti-lynching legislation, against health experts, and pro-Russia. What else do we need t… https://t.co/AYPoI4RzrI
— Jeanne Vitale (@Jeanne Vitale) 1593540957.0