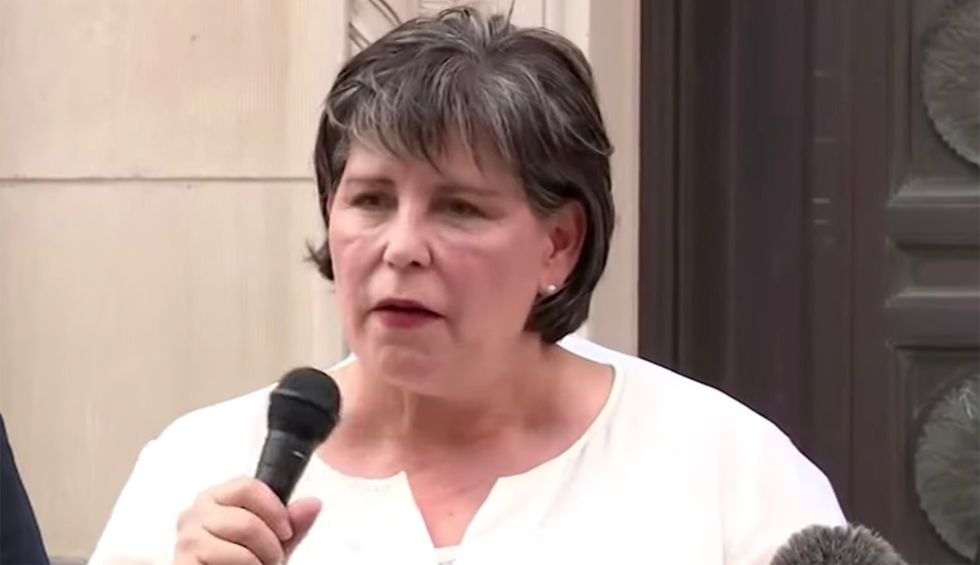 Leaders of the Republican Party in Texas have been publishing conspiracy theories and racist posts on social media in response to the national protests against anti-Black policing. Amid calls for them to step down, all have refused.

In her post Brehm wrote, “I think there is at the very least the ‘possibility’ that this was a filmed public execution of a black man by a white cop, with the purpose of creating racial tensions and driving a wedge in the growing group of anti deep state sentiment from common people that have already been psychologically traumatized by Covid 19 fears.”

There’s absolutely zero proof whatsoever that Floyd’s murder was a fabricated hoax—he was killed after a white police officer kneeled on his neck for nearly nine minutes while he begged for his life.

It’s worth noting that on May 22, Brehm claimed that Democrats were overemphasizing coronavirus just to hurt Trump.

Similarly, Comal County GOP Chair Sue Piner, posted a message with an image of Jewish billionaire and political reformer George Soros which read, “I pay white cops to murder black people. And then I pay black people to riot because race wars keep the sheep in line.”

Elsewhere, Keith Nielsen, the GOP chairman-elect in Harris County, posted an image on Facebook showing a Martin Luther King Jr. quote — “Injustice anywhere is a threat to justice everywhere” — on a background with a banana. Associating Black people with apes and monkeys is a long-used racist trope to insult Black people as sub-human wild animals.

In response to calls for him to resign, Nielsen wrote, “It is unfortunate that the sentiment of the quote and my admiration for Dr. Martin Luther King Jr. has been overshadowed by people’s misinterpretation of an image… My hope is I will continue to be part of the solution and never part of the problem.”

He didn’t explain why his image had a banana in it.