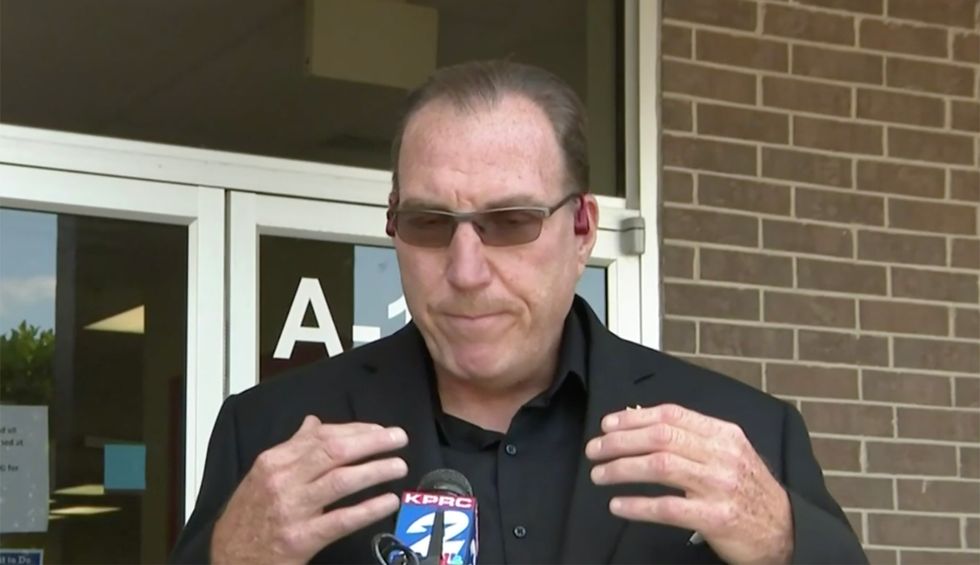 By Raga Justin, The Texas Tribune

"Harris County GOP chair-elect resigns after sharing racist Facebook post juxtaposing an MLK quote with a banana" was first published by The Texas Tribune, a nonprofit, nonpartisan media organization that informs Texans — and engages with them — about public policy, politics, government and statewide issues.

Harris County Republican Party chair-elect Keith Nielsen announced on Facebook he will not take office in August, days after defending a racist post related to ongoing protests on racial inequity.

“I have spent my entire adult life supporting conservative candidates and causes and I am grateful for the thousands of supporters who have reached out to me over the last several days,” Nielsen wrote in a Facebook post. “I regret that I must step aside as Chairman-elect of the Harris County Republican Party and will not be taking office on Aug. 3rd.”

The Tribune previously reported that Nielson posted an image on Facebook earlier this week that showed a Martin Luther King Jr. quote — "Injustice anywhere is a threat to justice everywhere" — on a background with a banana. The juxtaposition of the quote and the banana can be read as an allusion to equating black people with monkeys, a well-worn racist trope.

Nielsen appears to have deleted the post and apparently addressed it on his Facebook page Thursday evening. On Friday he said he would not resign, before changing course on Saturday and announcing that he would not be taking office on Aug. 3. Nielsen did not address the reason for his stepping down in his post.

"I will continue to stand up for the values that have made our country great…'Faith, family and freedom,'" Nielson wrote. "Dr. King’s quote is as relevant today as when it was delivered. 'Injustice anywhere is a threat to justice everywhere.'"

Nielsen was one of several Texas GOP members to post racist remarks following days of protests in Texas, garnering criticism from Republican officials in the state. He did not immediately respond to requests for comment.

The local party’s executive committee will meet to fill the vacancy for county chair, according to the state’s election code. State law also says that filling such a vacancy cannot happen “before the beginning of the term of office in which the vacancy occurs,” which in Nielsen's case was Aug. 3. A majority of the committee’s membership must also participate in filling the vacancy.

Cassandra Pollock contributed to this story.

This article originally appeared in The Texas Tribune at https://www.texastribune.org/2020/06/06/harris-county-gop-chair-resigns/.