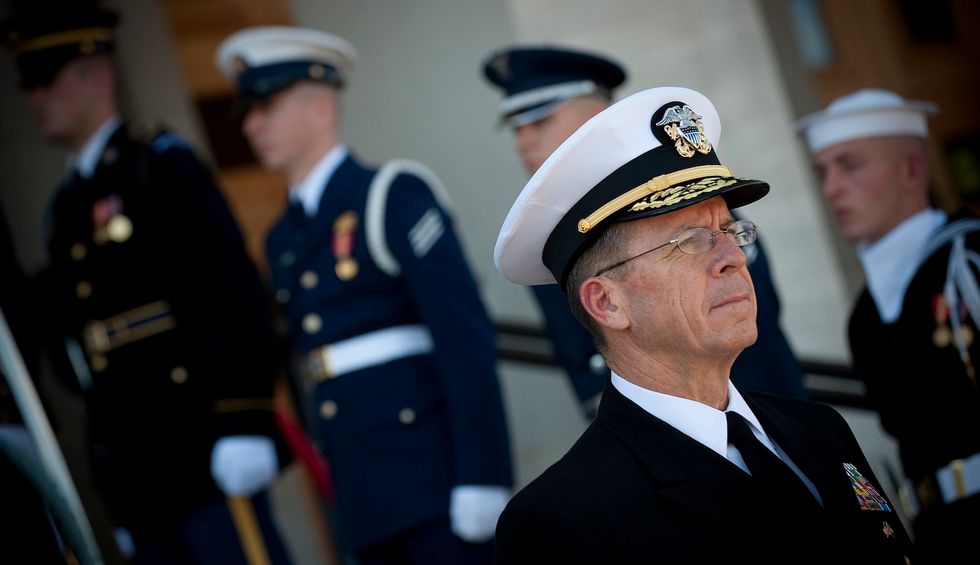 Retired four-star Marine General John Allen has seen enough. In a op-ed for Foreign Policy, Allen tore into Donald Trump and his orders to attack American citizens in front of the White House. Allen said he fears we are “witnessing the beginning of the end of American democracy.”

In a three-part breakdown of how Trump has failed this moment and the nation, (Ret.) Gen. Allen specifically called out this administration singling out antifa—a leaderless movement that is, by definition, anti-fascist—as a terrorist group while ignoring the white supremacists who have been proven to be inciting violence at some of these protests. Allen said: “Far more damage to the United States has come from these terrorists—fascists, Klansmen, and neo-Nazis, all feeling newly empowered today—than those who have opposed them.”

For the record, the FBI found "no intelligence linking Antifa to violence at the Black Lives Matter protests."

Allen wasn’t the only former Marine general to come forward. General Jim “Mad Dog” Mattis, who served as Trump’s secretary of defense for a stint, has finally come forward with his own warning: ”We are witnessing the consequences of three years without mature leadership.” In a statement to CNN, Mattis said: "Donald Trump is the first president in my lifetime who does not try to unite the American people—does not even pretend to try. Instead he tries to divide us.”

That, of course, drove Donald Trump to rage because he quickly tweeted saying he had fired Mattis, essentially saying he was a disgruntled employee. That sparked another former general, John Kelly, who served as Trump’s chief of staff, to immediately correct the record:

“The president did not fire him. He did not ask for his resignation,” Kelly, a retired Marine Corps general, said in an interview. “The president has clearly forgotten how it actually happened or is confused. The president tweeted a very positive tweet about Jim until he started to see on Fox News their interpretation of his letter. Then The got nasty. Jim Mattis is a honorable man.”

The aforementioned disagreement was Trump’s still-curious decision to pull U.S. troops out of Syria.

On Tuesday, retired U.S. Navy Admiral Mike Mullen, who served as the 17th chairman of the Joint Chiefs of Staff, also took aim at Trump’s brutal policies against American citizens. In an op-ed in The Atlantic, Mullen said he “cannot remain silent” anymore.

It sickened me yesterday to see security personnel—including members of the National Guard—forcibly and violently clear a path through Lafayette Square to accommodate the president's visit outside St. John's Church. I have to date been reticent to speak out on issues surrounding President Trump's leadership, but we are at an inflection point, and the events of the past few weeks have made it impossible to remain silent.

In fact, a steady stream of retired senior military officials are using social media to speak out this week. That should alarm every single American. They are trying to tell us all that the president is unfit for duty.

After Donald Trump’s outrageous photo op in which he used federal police to attack peaceful protesters so that he could walk to a church to hold up a Bible, others noted how inappropriate it was for General Mark Milley, the current chairman of the Joint Chiefs of Staff, to not only be tailing behind Donald Trump during this publicized stunt but to be wearing his battle fatigues, something extremely inappropriate for the setting. Retired Air Force Gen. Michael Hayden noted as much on Twitter.

America’s retired military commandeers are speaking out and sounding the alarm. The real question is: Where are Republicans? Why do they remain silent while our democracy is being burned to the ground on national television? It’s clear to all Donald Trump is unfit for duty, so why do they continue to enable him? It’s only possible with their consent. When this all ends, they must be held accountable too.