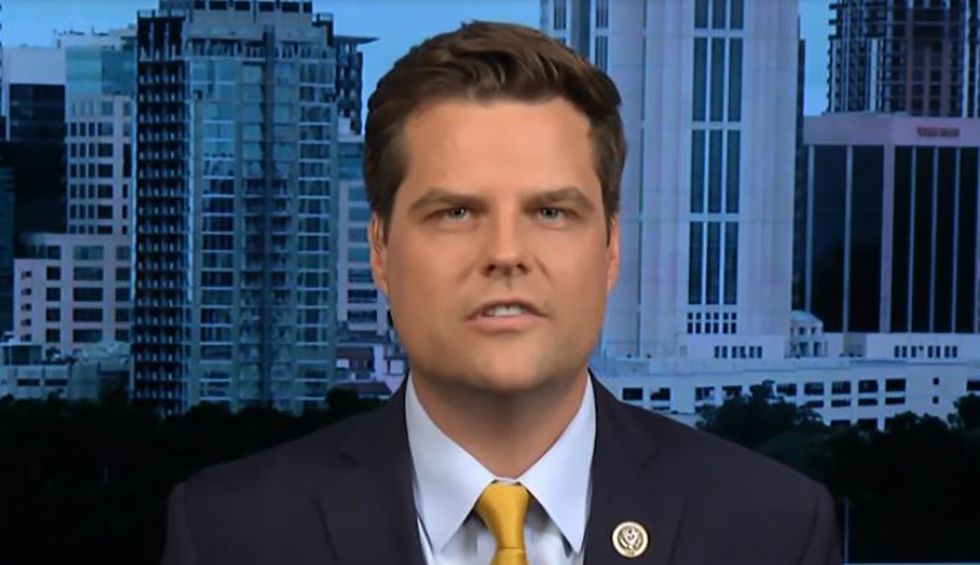 Florida Man Rep. Matt Gaetz was online today, doing what he does online: saying stupid, frequently racist, shite. Gaetz was responding to the story out of St. Louis, Missouri, of the wealthy white lawyer couple who decided to stand in front of their home and threaten peaceful protesters with guns as those protesters walked—legally—down their street, on Twitter. He tweeted out an image of the couple and wrote:

“In Joe Biden’s America your job is illegal, you are locked in your home, borders don’t exist, MS-13 lives next door and the police aren’t coming when the mob arrives. This is all of us.” Such a strange thing to say, eh? Very quickly, Rep. Gaetz’s Twitter feed was overrun with people wondering how Rep. Matt Gaetz is able to type and breathe at the same time. So, #MattGaetzIsATool began trending, as it seems to do at least once every week these days.

Most people are empathetic by nature, so they wanted to give Gaetz some advice.

That’s good advice. Others wanted to remind Matthew that sadly for the entire planet, we are not in any Democratic official’s “America” at this point in time.

Of course there were the requisite reminders of how cowardly and craven Rep. Gaetz truly is.

As well as footnotes for Gaetz’s understanding of the world around him.

Also a reminder that Matt Gaetz is afraid and he’s a racist.

At this point, this tweet is also obligatory, as Matt Gaetz … is a tool.

And also this, because I’m not cursing if I let someone else do it.

And this one made me laugh.