Paul Krugman: GOP would ‘cheer on’ Trump if he launched ‘a military coup’ 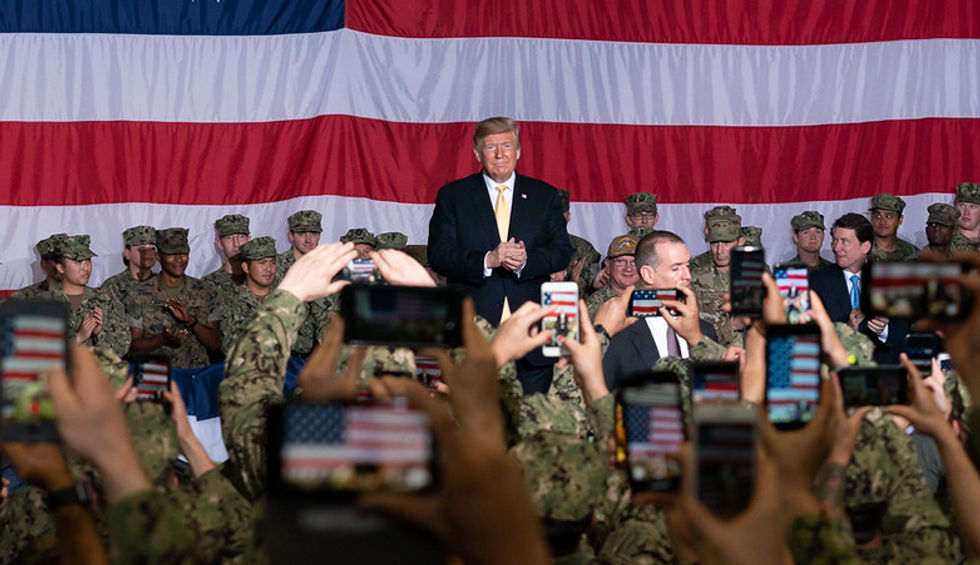 New York Times columnist Paul Krugman on Friday warned that it's wrong to compare President Donald Trump to President Richard Nixon, on the grounds that Trump is far worse and more dangerous.

Krugman acknowledges that there are some similarities between Trump and Nixon, such as their willingness to use racial grievance to gain power and their cavalier attitude toward obeying the law.

"Trump’s authoritarian instincts, his admiration for and envy of foreign strongmen, his desire to militarize law enforcement have long been obvious," he writes. "These things wouldn’t matter so much, however, if the Republican Party were still the institution it was in the 1970s — a big tent with room for a variety of views, represented in the Senate by many people with real principles."

Krugman then outlined how different today's GOP is, and he warned that there may not be a limit to what the party will tolerate from its current leader.

"The point is that today’s Republican Party wouldn’t object to a Trumpian power grab, even if it amounted to a military coup," he writes. "On the contrary, the party would cheer it on."