'Nightmare scenario': Trump staffers panicked because president can't 'dig himself out of the hole he’s made for himself' 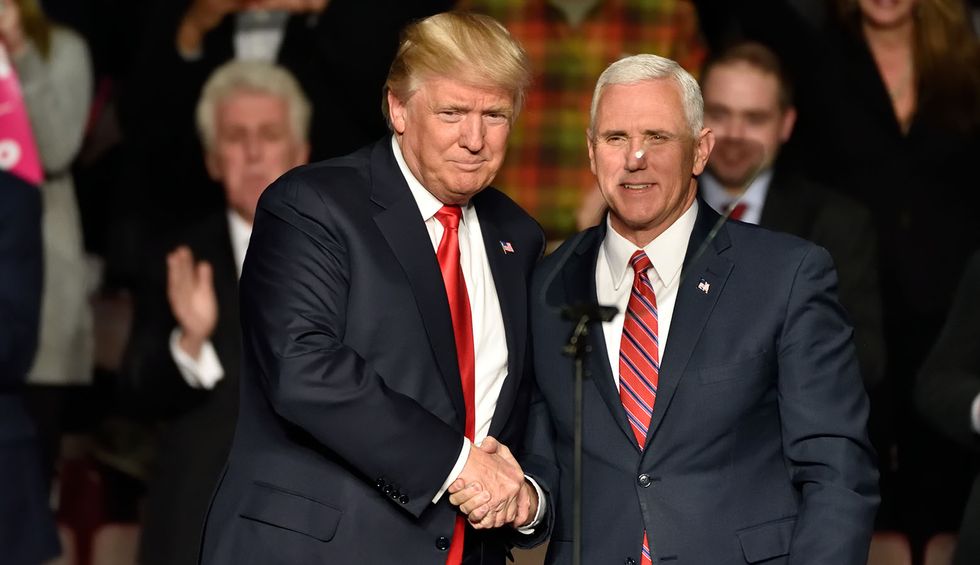 According to a report from the Daily Beast, advisors closer to Donald Trump are in a full panic because the president's poll numbers have fallen into what they earlier described as "nightmare scenario" territory where his re-election may be out of reach.

With Republicans looking at an electoral "wipeout" in November with Trump at the top of the ticket, campaign advisers had long dreaded the president's approval numbers falling to record lows as the election approaches.

According to the Beast, "Over the past two weeks, several of the president’s campaign lieutenants, as well as individuals in his administration, have reacted with mounting alarm as multiple polls have shown Trump dipping into the 30s against former Vice President Joe Biden, the presumptive 2020 Democratic presidential nominee," with the report noting some in the White House are surprised they haven't fallen even more.

An earlier report from the Beast noted that one Trump official admitted they feared just such a "nightmare scenario" and now that moment has come to pass as the president heads off to Tulsa for a rally in the hopes that it will halt his slide with voters.

"Some advisers lay the blame for recent poll numbers squarely at the weeks-long news coverage of the mass protests against institutional racism and police brutality following the killing of George Floyd, and how Trump has responded to it," the report notes adding that, ironically, some Trump aides "hoped coverage of former National Security Adviser John Bolton’s tell-all book about Trump would actually lead to a poll bump for the president, if for no other reason than it would mean less talk of racism, COVID, and social unrest."

However, that has not been the case as Trump has continued to bungle his message to the voters -- causing even more problems for his campaign staff.

"Trump has also attempted to portray the economic damage caused by the pandemic as fleeting. But Republican operatives have expressed concern that his talk of a rocket ship recovery may effectively portray him as out of touch to voters who still feel left behind. And even his own team is uncertain about whether it’s an effective campaign play," The report states. "Two of the four aforementioned officials told The Daily Beast that they were unnerved by the fact that they’d seen no polling evidence, in internal data or in multiple different public polls, that the news of higher retail sales and the addition of 2.5 million jobs in May had given the president the bump they had wanted and expected."

Noting, "Absent a major economic measure or turnaround, Trump’s options for reversing his polling slide are slimmer," the report goes on to point out that the president seems content to run his 2016 playbook which may have worked for a Washington outsider -- but not for a sitting president with a record to defend.