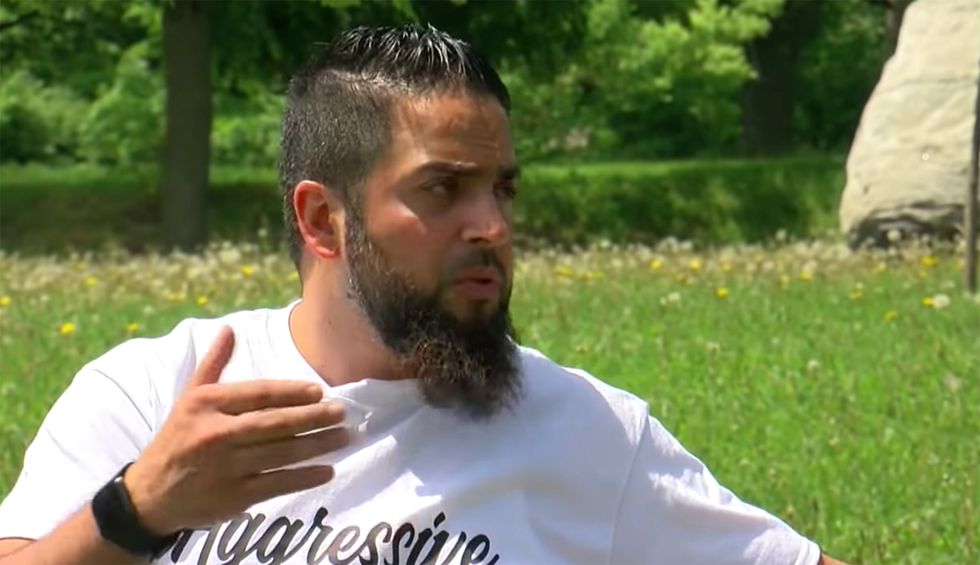 An Arab American owner of the corner store George Floyd was violently detained in front of is speaking out after facing criticism for one of his clerks calling 911 on Floyd, an act that some argue set off the chain of events leading to Floyd's death on Memorial Day. The clerk, who was 17-years-old at the time of Floyd’s death, called 911 after suspecting Floyd was using a counterfeit $20 bill to buy a pack of cigarettes, according to a transcript of the 911 call CBS News obtained.

Store owner Mahmoud Abumayyaleh has told multiple news outlets if he were at the store he would not have called police, a practice he is respected in the community for adhering to. “We don't call the police when counterfeit money is handed to us,” store owner Mahmoud Abumayyaleh told NPR Tuesday. “We teach the clerks to let one of the owners know. And we deal with it directly and tell the patron that he can, you know, give us the money, or the authorities can be called.”

Abumayyaleh said he wishes his staff member hadn’t called 911. “I think if there was any way to have prevented it, that would have been a very good thing to happen. But unfortunately, he felt like that was the best course of action,” the owner said.

He also told CBS Minnesota that “most of the times when patrons give us a counterfeit bill they don’t even know its fake” but that this was a “very circumstantial event” the store is now taking “a lot of animosity for.”

“If I was there things would have been handled differently," Abumayyaleh said.

The business owner said on Facebook on Tuesday that his store operates as a check-cashing business, and state policy requires that such businesses call the police when there is a suspicion of forgery. Still, he said in the post that he supports protests for Floyd and shares in demonstrators' anger. He said one of the owner's nephews "was yelling for the police officers to stop, and was pushed away by one of the cops.”

“Sadly, we all know the rest of the story,” Abumayyaleh said. “Despite the fact that George never resisted arrest, police proceeded to end George Floyd’s life over a counterfeit bill. It’s likely that George did not even know that he had a fake bill to begin with.”

Read the full transcript of 911 call:

Operator: 911 what's the address of the emergency?

Operator: How can I help you?

Caller: Um, someone comes our store and give us fake bills and we realize it before he left the store, and we ran back outside, they was sitting on their car. We tell them to give us their phone, put their [inaudible] thing back and everything and he was also drunk and everything and return to give us our cigarettes back and so he can, so he can go home but he doesn't want to do that, and he's sitting on his car cause he is awfully drunk and he's not in control of himself.

Operator: Okay, what type of vehicle does he have?

Operator: Okay, what color is it?

Operator: All right blue van, gotcha. Is it out front or is it on 38th Street?

Operator: On 38th Street. So, this guy gave a counterfeit bill, has your cigarettes, and he's under the influence of something?

Caller: Something like that, yes. He is not acting right.

Operator: Okay so, female or a male?

Operator: Is it a girl or a boy?

Caller: [Talking to somebody else]—he's asking [inaudible] one second. Hello?

Operator: Is it a girl or a boy that did this?

Caller: It is a man.

Caller: How is your day going?

Operator: Not too bad.

Caller: Had a long day, huh?

Caller: My name is [redacted].

Operator: All right [redacted], a phone number for you?

Operator: All right, I've got help on the way. If that vehicle or that person leaves before we get there, just give us a call back, otherwise we'll have squads out there shortly, okay?