Meteorites from Mars contain clues about the red planet 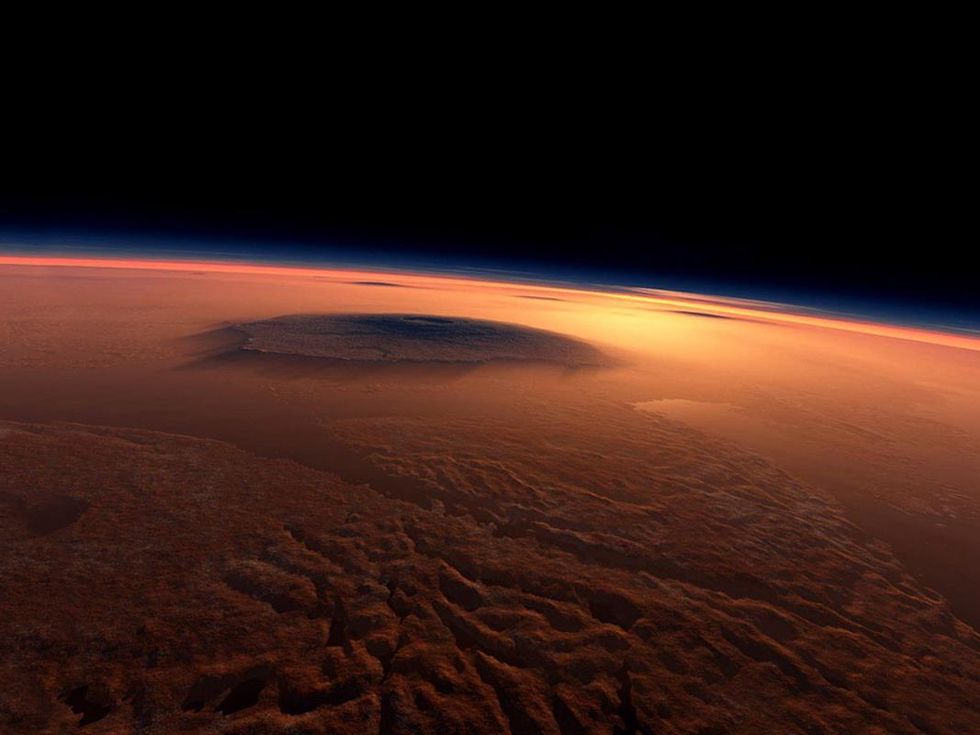 Despite the pandemic, NASA is on track to launch its Mars rover, Perseverance, this July from Cape Canaveral, Florida. Its central mission will be to search for evidence of previous life on Mars.

An exciting component of the rover will be a specialized drill that will collect rock and soil samples to be cached on the surface of Mars. If all goes according to plan, the cache will be retrieved by a future mission in 2031 and, for the first time, material from Mars will be brought back to Earth for analysis.

As someone who studies Martian geology, I’m definitely looking forward to 2031 but am grateful I don’t have to wait 11 years to study rocks from Mars. Martian rock samples are already here on Earth in the form of meteorites.

How rocks from Mars end up on Earth

All Martian meteorites were formed millions of years ago, when asteroids and other space rocks collided into the surface of Mars with enough force to eject pieces of its crust into orbit. Sometimes these rock fragments, floating in outer space, enter Earth’s atmosphere, where gravity pulls them in.

Martian meteorites have been recovered all over the world, including Antarctica, northwest Africa, Chile, the United States, India, Nigeria, Mali, Mauritania, Brazil and Oman. Currently, scientists like me can obtain Martian meteorites for study in two ways: either from private dealers or from the Antarctic Search for Meteorites collection.

Meteorites land everywhere on Earth, but are easiest to find in hot or cold deserts, where the lack of vegetation and other rocks help them to stand out. Martian meteorites are rare: Only 261 pieces have been found on Earth, compared to the 63,758 non-Martian meteorites currently cataloged, most originating from the asteroid belt.

Every year since 1976, ANSMET has sent a team of eight volunteer planetary scientists and mountaineers to Antarctica in December and January to hunt for meteorites. The crew combs promising areas by lining up snowmobiles 100 feet apart and slowly creeping through the snow and ice looking for specimens in their path.The ANSMET program is funded by both NASA and the National Science Foundation. Antarctica is a great place to spot meteorites due to the omnipresence of ice. Even better, meteorites tend to get trapped in moving ice floes which accumulate at the base of mountain ranges, where they often resurface.

Scientists can also buy meteorites from trusted private dealers. Martian meteorites are expensive, however, usually running around US$1,000 a gram on average. The majority of Martian meteorites are found by nomads in the Saharan desert, mainly in Morocco. Locals have been trained to find meteorites by looking for the presence of a fusion crust on a rock, which is formed when the exterior of the meteor melts upon entering the Earth’s atmosphere. I’ve bought 15 samples from dealers who are well known in the meteorite community.

Determining if a meteorite is from Mars

Starting in the 1990s, however, scientists like me began using cheaper and easier techniques to determine Martian provenance, such as oxygen isotopic compositions, which are like atomic barcodes that are unique for each planet.Initially, scientists analyzed the gas pockets within the minerals of meteorites and compared them to the known atmosphere on Mars, which was established by NASA’s Viking rovers in 1976. When the gases match perfectly, scientists could conclude the meteorites came from Mars.

All told, the 261 known meteorites from Mars collectively weigh around 440 pounds. Scientists study them using the same instruments and techniques we use to study Earth samples. My colleagues and I are interested in determining how and when these rocks were formed and how they are linked to each other.

Unfortunately, my colleagues and I do not know where on the Martian surface the meteorites come from, but many are working to figure that out. We have been able to determine the different ages of the rocks themselves. We still do not know for sure if the core of Mars is liquid or not, but the meteorites inform us about how and when volcanoes were formed on the planet.

NASA’s Perseverance rover will be exploring an area called the Jezero crater. Igneous rocks, created by volcanic activity, are likely to be present, so it will be really interesting to study the history of the crater, which formed around 4 billion years ago. The Jezero crater also contains two large deltas, where we expect to find sediments that were once transported and deposited by rivers that existed long ago.

For scientists who study Martian geology, having diverse samples from a known field location will greatly boost our understanding of Mars’ core, the history of its climate and the potential life that once may have existed there.