'It scares me to death': GOP fears that Georgia's primary debacle will backfire for Trump 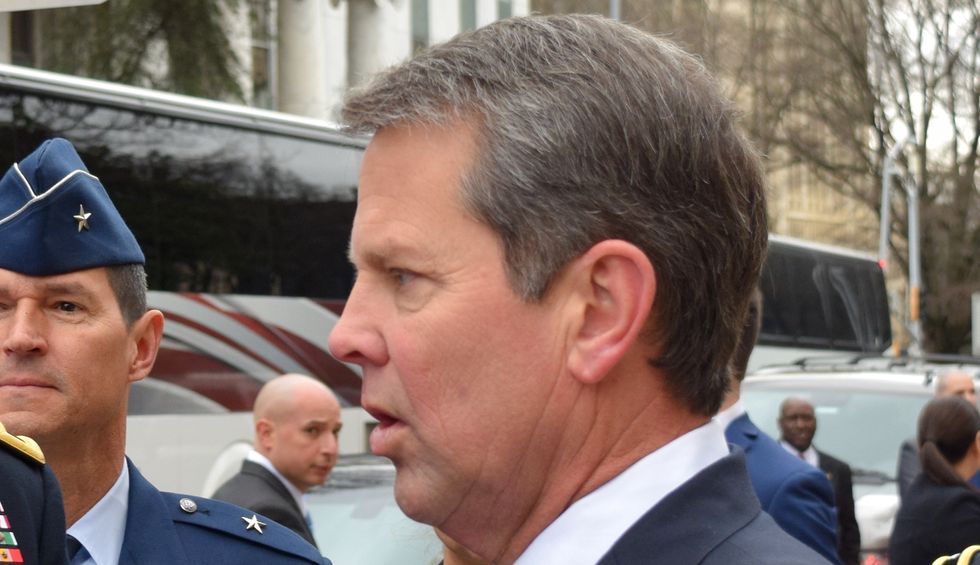 Brigadier General Randall Simmons, Commander of the Georgia Army National Guard; Brig. Gen. Stephen Melton, chief of staff of the Ga. Air National Guard and Brig. Gen. Reginald Neal, Director of the Ga. Department of Defense Joint Staff speak with Governor Brian Kemp shortly after he was sworn in as the 83rd Governor of the state of Georgia Jan. 14, 2019 at the Georgia Institute of Technology. Georgia National Guard photo by Maj. William Carraway
Alex Henderson
June 12, 2020The Right Wing

Georgia, like Texas, is a light red state in which Democrats have been making inroads: Democrat Stacey Abrams narrowly lost 2018’s gubernatorial race to Gov. Brian Kemp, and polls indicate that Georgia could be in play for Vice President Joe Biden. And during Tuesday’s primary in Georgia, many voters were furious over massive delays and glitches, resulting in spending hours in long lines and inoperable voting machines.

And some Georgia Republicans, according to reporter David M. Drucker of the conservative Washington Examiner, are worried that Democrats could weaponize Tuesday’s voting debacle and use it against Republicans.

“Georgia Republicans blame problems that plagued Georgia’s primary on Democratic officials running Fulton County, a diverse enclave in Metro Atlanta with a population that is nearly 44% black,” Drucker reports. “But Republicans worry they are arguing in vain. Democratic turnout among white and black voters was high in this week’s elections, even in predominantly GOP precincts. They fear it could reach historic levels in November if Democrats manage to demonize Republicans as actively suppressing minorities from voting.”

Drucker describes Georgia as a “state trending competitive,” noting that its 16 electoral votes are “critical” for Trump. And some GOP sources that spoke to the Examiner expressed their worries about the impact that Tuesday’s primary debacle could have in November.

A source quoted anonymously and described by Ducker as a “veteran Republican strategist in Georgia” told the Examiner, “It scares me to death. I’ve gotten very little sleep. They’re going to fire up an already fired-up base, and that concerns me for November.”

Another source, described by Drucker as a “Republican operative in Atlanta,” told the Examiner, “It gives Democrats a rallying cry by painting GOP elected officials as backwoods racists to large swaths of independent-minded suburban voters. They skew younger and are often transplants. Thus, they would tend to be prone to vote against a ‘good ole boy’ system.”