Iraq war veteran accuses cops of 'walking around like stormtroopers’ during protests: 'There’s a rot at the heart of policing' 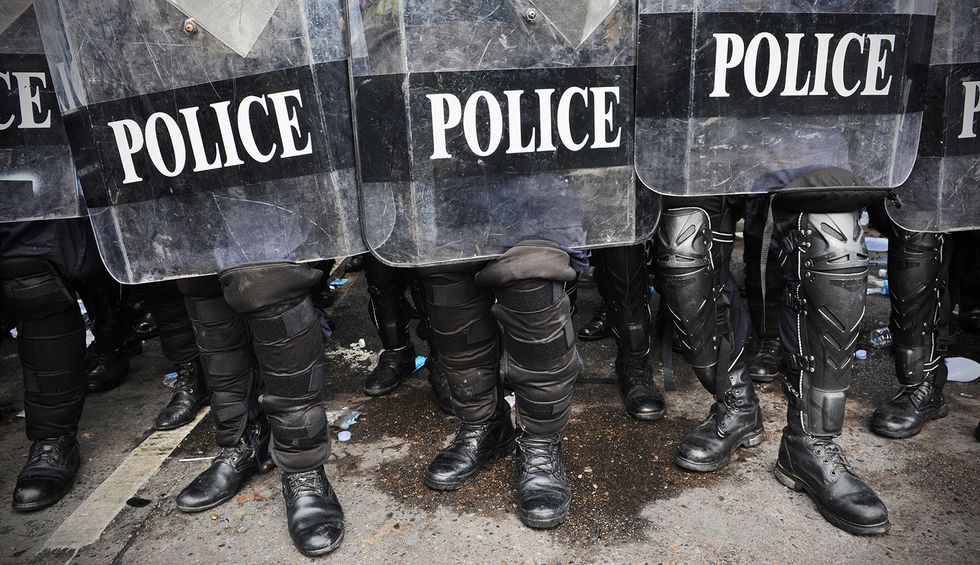 “Deescalate,” a term that is often used by responsible law enforcement officers, refers to efforts to calm down an intense situation and not escalate the potential for violence — and Iraq War veteran Rafael Noboa y Rivera, in a disturbing article for the Daily Beast, warns that during the “Justice for George Floyd” protests, way too many police have been doing the opposite of deescalating.

“I joined the military in 1999,” Noboa y Rivera explains. “I was deployed to Balad, north of Baghdad, as the occupation of Iraq started to unravel in 2003 and 2004, the end of my Army tenure. I was scared every time I did a cordon-and search. But I received training — from basic training up through field exercises. To the small degree we did cordon-and-search in training, we were trained to exercise fire discipline, response discipline, and to observe the rules of engagement. There’s an Army value system that rewards restraint — that says, ‘This is the way we behave, and we’ll punish transgressions.’”

But the Floyd protests, Noboa y Rivera warns, have showed a pattern of police being much too quick to resort to violence against those who are being nonviolent.

“Seeing police across America escalate violence against protesters made me think of my service in Iraq,” Noboa y Rivera asserts. “In retrospect, I both did and didn’t expect that we’d be treating Americans, and especially black Americans, like they were under occupation. The difference is that in the military, we had rules of engagement and training — even if they didn’t always succeed — to stop us from making an awful situation worse. The cops don’t seem to have that.”

Too many U.S. police, according to Noboa y Rivera, have been conducting themselves like authoritarians.

“It’s a multifaceted problem, but cops are walking around like stormtroopers, with an assumption that getting more weaponry will allow them to take on gang violence,” Noboa y Rivera warns. “Meanwhile, you’re looking at white civilians walking around with AR-15s, cosplaying as Call of Duty characters — and cops don’t stop them when they try to occupy statehouses. When I saw the video of Minnesota police and National Guard shooting paint canisters into quiet houses on a residential street, it showed me a through line in all these police reactions. No matter the department or the locality, there’s a total lack of discipline.”

The Iraq War veteran goes on to say, “There’s a rot at the heart of policing. We’ve forgotten what it means to protect, to de-escalate a situation, to preserve the peace as opposed to inflicting violence. I saw the absolutely incredible statement by the NYPD commissioner. It was laser-focused on the safety of his officers as opposed to the safety of the public. But when you choose to be a police officer, you accept risk. I don’t mean to minimize the dangers police face, but it reminded me of when generals would focus on force protection — keeping us safe, as opposed to keeping the Iraqis safe. If it’s overriding your mission to serve and protect — the key word is ‘serve’ — you need to find another line of business.”