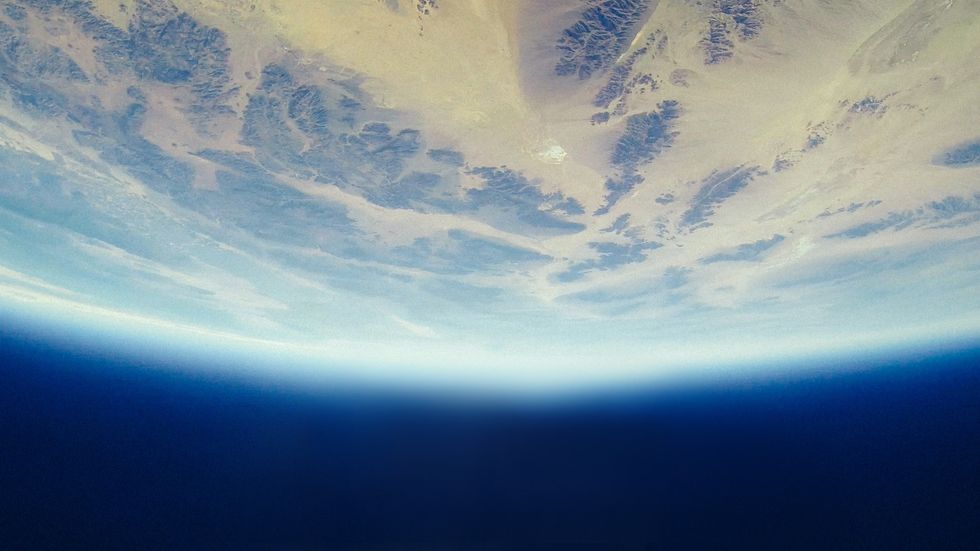 The current coronavirus pandemic is a poignant example of our hyperconnected planet. A small, localized infection in Wuhan, China, rapidly spread around the world on transcontinental flight paths in a remarkable and transformative fashion.

The consequences of a massively connected globe are real and, unfortunately, not limited to disease pandemics.

As an ecologist who studies landscape connectivity in natural environments and those altered by humans, I think about how human activities establish new connections across the Earth and reinforce others — and their consequences.

One of the foremost human impacts on the planet comes from land modification, where large-scale conventional agriculture replaces high-diversity ecosystems with low-diversity crops.

At first glance, one might imagine that this fragmentation of natural habitat reduces connectivity. But a closer look reveals that the modifications act to move nutrients from fertilizers across farmers’ fields and into rivers, lakes and oceans with dramatic outcomes.

Conventional farm fields often use a system of below-ground pipes to drain wetlands and to avoid soggy landscapes. The combination of these drain tiles, lost wetlands and absence of trees and other plants (called riparian buffers) mean that unused fertilizer and sediment move rapidly into streams and rivers.

These stream and rivers are often channelized (straightened and sometimes recast in concrete or metal) to move water rapidly across a region. But they also wind up rapidly shuttling excess nutrients to large water bodies, like a lake or an ocean, where they come to rest en masse.

In this distant ecosystem, the fertilizer does as it is designed to do: drive the exponential growth of plants, but in this case it’s feeding algae in the coastal ecosystem. In nature, this runaway growth is a hallmark of ecological instability.

Because the algae are inedible to animals, they accumulate and form large green mats in the surface waters. The algae then die and sink slowly into the depths of the water, where in the dark, bacteria proliferate on the dead algae. These huge densities of bacteria make the deep waters devoid of oxygen, forming “dead zones,” and kill much of the local aquatic life.

Dead zones are increasing in number and size globally on the planet, producing a pandemic of diseased ecosystems. Notably, this excessive algal growth is also further fuelled by climate warming.

Once again, nature’s profound connectedness may not stop here. Other even larger impacts can occur, as coastal zones may be connected to ocean currents that gather and move the fertilized algae across the globe. Tourist hot spots in the Caribbean and the Gulf of Mexico have mysteriously found sargassum, a macroalgae, gathered in gigantic and costly piles on beaches for almost a decade.

Using impressive satellite pictures, scientists have shown that the seaweed-laden beaches are likely driven by actions far away in the Amazon coined the Great Atlantic Sargassum Belt. The story is familiar.

Agricultural run-off from the fields in the Amazon River watershed enter the ocean and, in a warming climate, fuel the exponential growth of sargassum seaweed. This time, the large algae get picked up by an oceanic current system that moves it thousands of kilometres to the Caribbean, Florida and Africa.

Other instances of macroalgal beach deposits, now collectively called green and golden tides for the colour of the algae, appear to be populating the globe with increasing frequency.

Other distant impacts driven by nutrients and nature’s connectivity are also occurring.

Snow geese populations, for example, that overwinter in the southern U.S. and eat cereal crops have grown enormously since the 1950s. Scientists documented the rise in snow geese parallel to the increased application of industrial nitrogen as a fertilizer.

The geese then migrate every summer to the Hudson Bay lowlands thousands of kilometres away. There, the dense flocks of crop-subsidized geese overgraze whole marsh ecosystems, leaving nothing but muddy flats behind.

While news of the globe’s hyperconnectivity is grim, it also holds in it a simple and hopeful solution. The flip side of nature’s connectivity is that “acting local” is indeed “thinking globally.”

Importantly, farmers recognize these problems. Farming groups like ALUS in Canada take the state of the environment seriously and play a leading role in agricultural land-use approaches that tackle these serious problems.

In a time where the ill effects of an over-connected planet are abundantly clear, we also need to slow the transmission of nutrients that expand the planet’s diseased ecosystems.