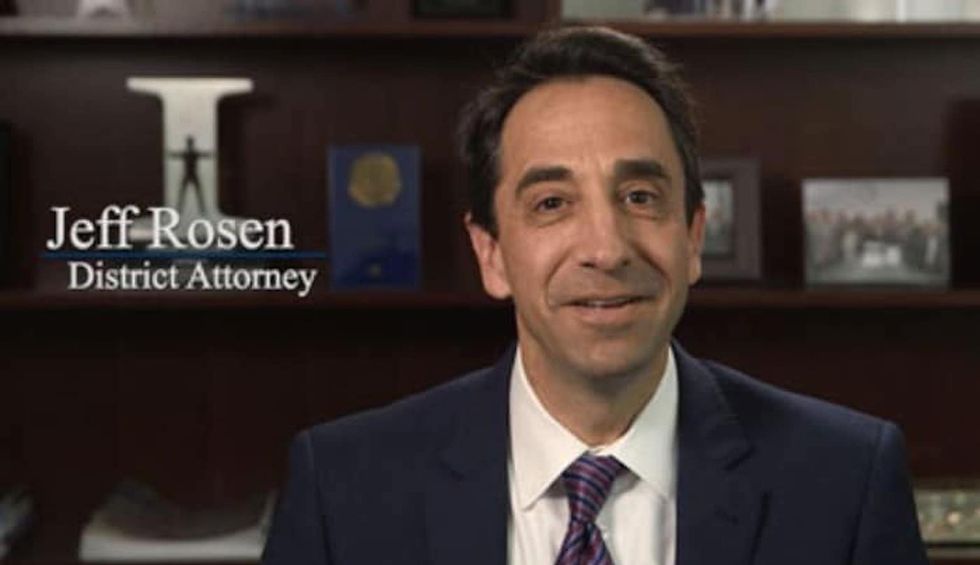 Sajid A. Khan is a community leader and public defender in Santa Clara County, California, a county of almost two million residents and one of the richest places on the planet. When people are booked into jail there, they watch a video where Khan and his colleague Avi Singh let them know about their basic constitutional rights. (The two also run a podcast, called Aider and Abettor). Talking to Khan, it is clear he is the kind of man who wants to teach you about injustice.

As a public defender, Khan sees a side of Silicon Valley completely removed from the tech boardrooms and limousines we might associate with it. The courthouse is where the many of the most vulnerable, unsupported people in the area end up, due to a society that relies on law enforcement to “solve” social problems and a culture that has largely forgotten that struggling people exist.

Khan is Muslim, meaning that he also personally experiences an America virtually unknown to most of his colleagues. Despite his activist bent and his long-running blog critical of the local justice system, he is soft-spoken and polite. If he acted otherwise, he told Filter, he knows that people he works with might treat him very differently.

In fact, he fears that the cold shoulder from lawyers and judges might have already begun, that they have placed him in the “dangerous Muslim” box uppermost in many white Americans’ minds since at least 9/11.

Khan’s immediate concern relates to a blog post he published on June 3, about how protesters of police brutality in the wake of George Floyd’s murder should also pay more attention to district attorneys’ offices.

“When police officers act flagrantly in violation of the constitution and our laws,” Khan wrote, “when they illegally stop and frisk a black man walking on our city streets, when they racially profile and pull a car over driven by a black man without reasonable suspicion, when they beat, choke, punch, baton, tase, unleash dogs upon, shoot at and/or kill black men who pose no imminent threat—it is the DA’s office that is responsible for prosecuting those police crimes or at the very least not endorsing that callous and illegal behavior by using the fruits of those unlawful police intrusions as part of their prosecutions.”

It is an important point, and one that a slew of other writers and academics, including me, have made in recent weeks.

But that is not how Santa Clara County District Attorney Jeff Rosen saw things.

Rosen, first elected in 2010, won over the county’s voters as a white man who both says “tough on crime” things while nurturing a moderately compassionate image. When push comes to shove, Rosen takes the side of Californians who want the legal system to try to execute some people and jail others for possessing marijuana. But he talks a good enough talk to get free international vacations from criminal justice reform nonprofits.

Rosen, the top law enforcement official in Silicon Valley, filed a “whistleblower” complaint, demanding that the county investigate Khan because of his writing. In explanatory letters Rosen sent out to the community, like one sent to the local NAACP, he claimed his staff took “burn it down” language in Khan’s blog post literally, and that “many feared they would be trapped in [the DA office] building, unable to go home.” Rosen has since withdrawn the complaint.

Cynthia Godsoe, a former public defender who now teaches professional responsibility and criminal law, told Filter that DA Rosen’s behavior was an “abuse of power,” and a particularly egregious one because he was “perpetuating racist tropes about Muslim people.” As Godsoe put it, Khan’s post simply echoed “standard protest language we have heard from thousands across the nation in recent weeks.”

And while Khan said he was “thankful that Mr. Rosen withdrew his unreasonable, misplaced whistleblower complaint,” he feels that Rosen needlessly caused him stress and reputational damage.

Before DA Rosen dropped the complaint, Khan picked up many supporters, including the Council on Islamic-American Relations. CAIR wrote in a June 23 open letter to DA Rosen, “Your rush to judgment demonstrates an implicit bias, borrowing from false portrayals of members of our communities as suspect, terrorist, and violent.” And the California Public Defenders Association expressed its “complete support for Santa Clara Deputy Public Defender Sajid Khan and his right of free speech.” Neither did Brendon Woods, the chief public defender for nearby Alameda County, mince his words.

Well-informed locals would not be surprised by DA Rosen’s outrageous behavior. Earlier in his tenure, he supported incremental reforms like decreasing punishment for some low-level drug and theft charges. But by 2016, Rosen refused to support a ballot initiative to end “direct file”⁠—the practice of sending kids to adult court solely based on the discretion of Rosen and his DA peers. That was even after one journalist exposed how Rosen “made a habit of charging 14-, 15-, and 16-year-olds as adults.”

Even former San Diego DA Bonnie Dumanis, a tough-on-crime Republican, supported treating kids like kids more than him. Perhaps unsurprisingly, DA Rosen had one of the highest direct-file rates in the state.\

In 2019, a deputy prosecutor who works under Rosen also used his own 13-year-old daughter as bait to attempt to catch a suspected sex predator. Rosen’s spokesman, Sean Webby, refused to say whether this deputy prosecutor still has a job. But one local attorney told Filter that the prosecutor has been hanging around the courthouse long after the DA announced an internal investigation, raising more questions.

Even when DA Rosen has nominally supported making California’s criminal justice system more just and proportional, he has taken steps to neutralize the impacts of popular reforms. For example, data from the California Sentencing Institute shows that people serving “three strikes” sentences as repeat offenders increased by over 100 percent from 2010 to 2011—right before Rosen endorsed Proposition 36, a ballot initiative to maintain “three strikes” sentencing, but to limit it to people convicted of serious or violent crimes. Before Prop. 36 passed, California law led to a  US Supreme Court decision upholding a 25 years-to-life “three strikes” prison sentence for a man who shoplifted a few golf clubs.

It is disgraceful that Sajid Khan was ever threatened with retaliation due to his writings. But ironically, DA Rosen’s reaction provides further support for the idea that prosecutors are out of control and are rarely held accountable for their abuses of power.

Khan wants an apology from the DA, but also something more than that. Speaking for both himself and his supporters, he said, “We’re not satisfied because this was never about me. This is about tearing down and revolutionizing systems and constructs that perpetuate police violence, and that belittle and devalue black lives—especially DA’s offices like Rosen’s.”