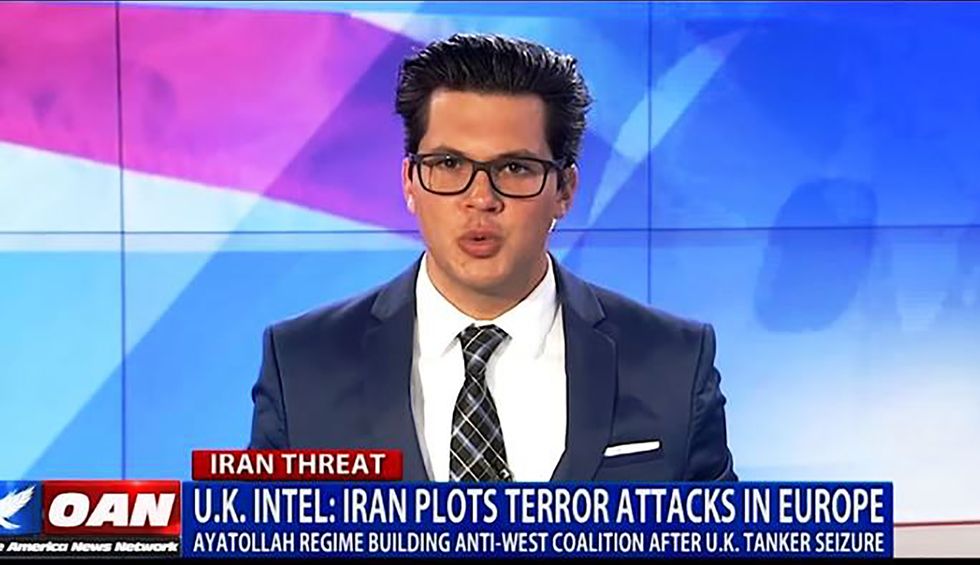 President Donald Trump smeared a 75-year-old Buffalo activist seriously injured by police, in a tweet based on a conspiracy theory spread by a Kremlin-linked broadcaster.

The president identified the protester, Martin Gugino, as an “ANTIFA provocateur,” a claim that has bounced around right-wing media circles and then broadcast on the rabidly pro-Trump One America News Network by Russian propagandist Kristian Rouz.

“A new report finds the latest tensions in the Buffalo Police Department could be the result of a false-flag provocation by far-left group Antifa,” Rouz reported for OANN.

The San Diego-based Rouz has been simultaneously working for OANN and the Kremlin-owned Sputnik news aggregator that played a role in Russia’s 2016 election interference, cited a report by The Conservative Treehouse.

“Gugino was attempting to capture the radio communications signature of Buffalo police officers,” claimed the right-wing news blog. “CTH noted what he was attempting on Thursday night as soon as the now viral video was being used by media to sell a police brutality narrative. [Thread Here] Today, a more clear video has emerged that shows exactly what he was attempting.”

The website claims a slow-motion video shows Gugino was attempting to hack into the police radio signal by waving his cell phone across the officer’s communications belt.

“The practice, known as ‘skimming,’ is an old trick used by Antifa to locate police officers and plan violent activities bypassing the police response,” Rouz reported for OANN. “In addition, the 75-year-old, who’s been referred to as an agitator, was supposedly using the technology to black out police communications. That, however, didn’t quite work, and many Buffalo police officers support their embattled colleagues.”

Two Buffalo police officers — Aaron Torgalski and Robert McCabe — were charged with assault in the incident, and Gugino remains hospitalized in stable condition after bleeding from his head.

Here's the first half of the batshit OANN segment Trump just tweeted. It alleges the 75 year old man assaulted by B… https://t.co/DPRl7Hvwng
— Matthew Gertz (@Matthew Gertz)1591706603.0