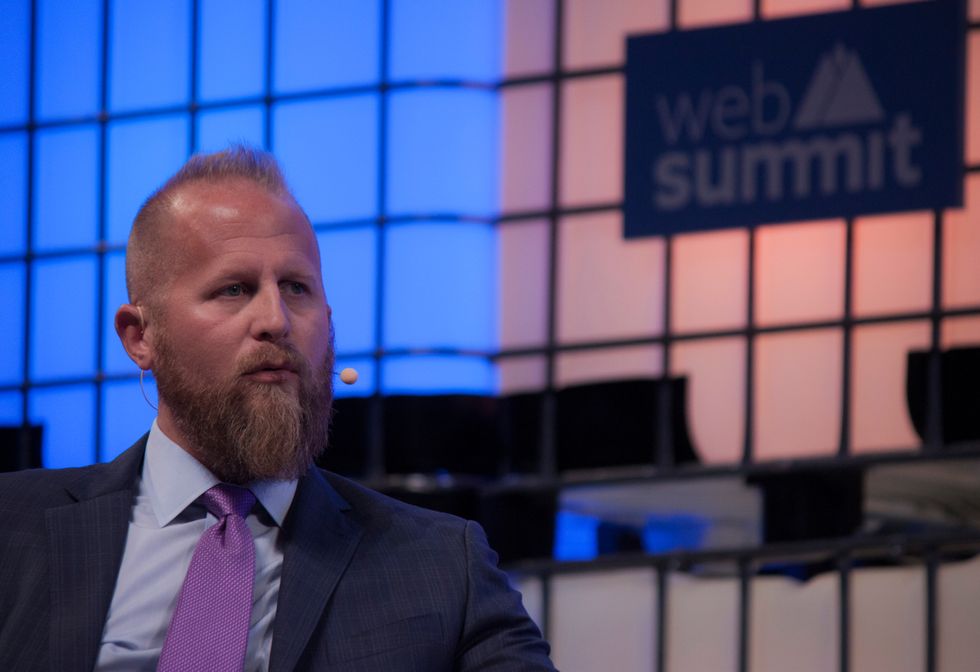 In an article published by The Bulwark early Tuesday morning, June 23, Never Trump conservative Jonathan V. Last poses a question: why does Trump campaign manager Brad Parscale — following the debacle at President Donald Trump’s June 20 rally in Tulsa — still have a job? And the answer, according to Vanity Fair, appears to be: he probably won’t have one much longer. Vanity Fair’s Gabriel Sherman has reported that Parscale is mulling a resignation from the campaign (though others insist he will stay on).

Sherman tweeted that according to a GOP source, Parscale “knows he can’t survive” in Trump’s campaign any longer. And it isn’t hard to understand why Trump was disappointed by the turnout at Tulsa rally. Trump’s campaign was expecting around 19,000 people to show up; instead, the Tulsa Fire Department reported that the attendance was around 6200.

“Five days before Trump’s Tulsa rally,” Last notes, “Parscale publicly bragged that there had been “over 1M ticket requests. In preparation for this mass event, the Trump campaign rented out not only a 19,000 seat arena but overflow space next to it.”

The Lament of Brad Parscale, After Being Fired by Donald Trump There once was a grifter named Brad Who after Tulsa… https://t.co/E6ECGXniwb
— Bill Kristol (@Bill Kristol) 1592697108

Last goes on to explain why Parscale was ill-equipped to manage a presidential campaign.

One of the reasons Parscale was hired, Last points out, is his alleged tech savvy.

“The nature of Parscale’s digital weapons was that they were invisible to anyone but the select individual voter,” Last writes in a mocking tone. “He claimed that the right voters would be targeted at the right time with tailored messages that would push them to the polls and deliver a victory. And all of this would become clear on November 4. But until then, the president and the rest of his team have to trust Parscale’s black box.”

Last stresses, however, that Parscale put way too much faith in “big data.” The conservative writer asserts, “Trump 2020 has the Parscale digital operation and the assurance that big data will be enough to hump the campaign to a narrow Electoral College victory.”

One of Parscale’s worst blunders, according to Last, was bashing former President Barack Obama and arguing that Obama couldn’t measure up to Trump in terms of accomplishments.

In Vanity Fair, Sherman noted that with the Tulsa event, “Parscale committed a cascade of errors, from overhyping expected turnout to blaming the half-filled arena on protesters. Trump was so furious when he saw how thin the crowd was that he threatened to not go onstage, two sources briefed on the discussions told me. The sources said that Parscale, reading the tea leaves, is planning to step down. ‘He knows he can’t survive,’ one source told me.”

After Sherman reported that Parscale planned to step down, Twitter was full of reactions.

Twitter user E.J. Kalafarski, @ejkalafarski, posted, “These stories are going to talk about Tulsa as a uniques crewup, but the problem is that Parscale actually hitched his wagon to an unsolvable problem and is now paying for it. And @__Arthur_Dent__ wrote, “Considering the last campaign’s manager is in federal prison he got out scott-free with a yacht” — an obvious reference to 2016 Trump campaign manager Paul Manafort.

Read some more reactions below:

@PolsenLpolsen @VanityFair @gabrielsherman The absolute best part is that @parscale has all of those MAGA folks abs… https://t.co/9sF352xvvu
— JCS (@JCS) 1592881755

@PolsenLpolsen @VanityFair @gabrielsherman The absolute best part is that @parscale has all of those MAGA folks abs… https://t.co/9sF352xvvu
— JCS (@JCS) 1592881755