'He would have been briefed instantaneously': WH veteran slams Trump's comical BountyGate denials 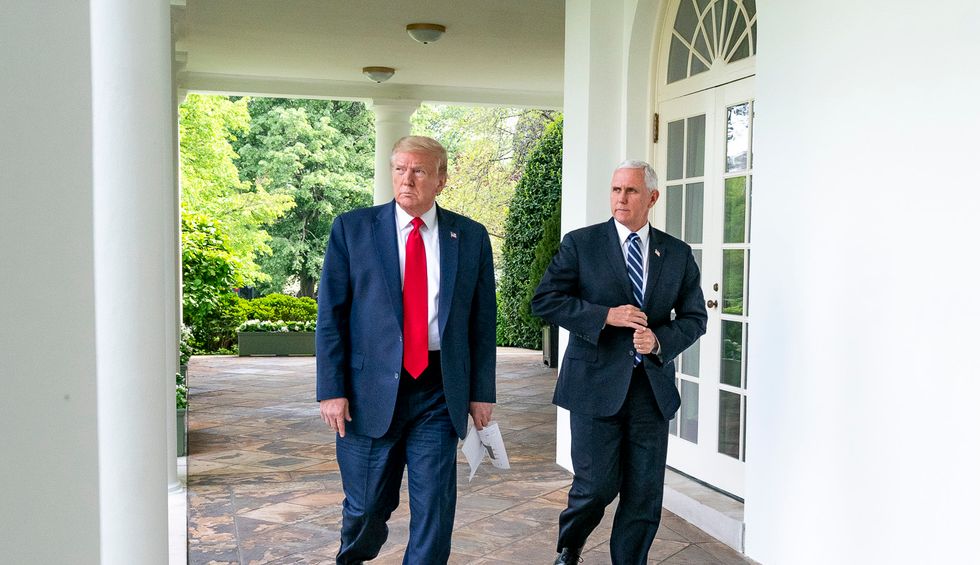 David Gergen, who you probably know as an analyst for CNN, also served as an adviser to Presidents Richard Nixon, Gerald Ford, Ronald Reagan, and Bill Clinton. So he knows how a (functional, anyway) administration operates.

And he’s calling extreeeeeeme bullshit on the Trump administration’s new claim that Donald Trump and Mike Pence were never briefed about the bounties Russia reportedly placed on our soldiers in Afghanistan:

CNN’s ANA CABRERA: “The White House is now denying the president was briefed on this, but if the New York Times‘ reporting is accurate, this would mean the president was briefed on this in late March. In early May he announced the U.S. had a great friendship with Russia. And later that same month, he reiterated his desire to invite Russia into the G-7. David, you have worked in four White Houses. Why wouldn’t a president have been briefed on intelligence like this?”

GERGEN: “He would have been — in every single White House that I’ve ever worked in, and every single White House I know anything about. This is very, very important information. It does affect the relationship with Russia. He would have been briefed instantaneously. It would have been in the materials sent in to him, and it would have been discussed with him. And I think Vice President Biden makes a very good point, what is raising so many objections on Capitol Hill is that this was in the same timeframe the president has extended an olive branch to Putin, inviting him to this G-7 meeting over the objections of Chancellor Merkel and others who do not want that to happen. The president stood up for him. So all of that suggests that this is a much more complicated story. What we’re possibly facing is that ... the president was briefed but that he had reasons relating to his reelection and his relationship with Russia that he’s being very dovish about this.”

Wait, would the actual president of the United States stand idly by while our troops get slaughtered just so he can continue to get Vladimir Putin’s help in his reelection campaign? How could our president sacrifice the lives of our own citizens just to boost his electability?

Also, are we going to completely dismiss the possibility that Trump was kept in the dark about this? After all, it has nothing to do with Diet Coke or fabric swatches. What exactly does it take these days to roust him from his clammy nest of 2016 electoral maps, 1980 Penthouse Forums, and 2017 Arby’s wrappers? I’m guessing it requires an extremely urgent, most likely ice cream-related emergency.

I suppose they’re still following ordinary protocols, but who knows with this group? For all we know the country is currently being run by Mike Pence’s aromatherapist.

Either way, the portrait that’s being painted here isn’t good for ol’ Macy’s Balloon Head. Either Trump and Pence have been deemed inessential to the functioning of the federal government or — far more likely — they’re lying their asses off. Again.