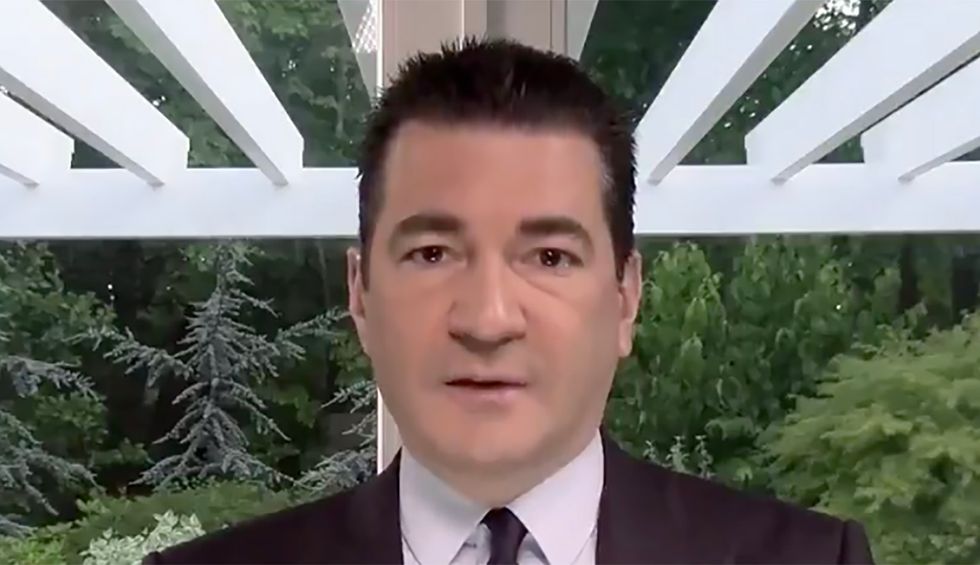 Former Trump FDA Commissioner Scott Gottlieb on Monday warned that COVID-19 infections in the United States are accelerating at an alarming rate that could see as much as half the population infected with the disease by the end of the year.

Appearing on CNBC, Gottlieb argued that the rapid spread of COVID-19 in many parts of the country had already gotten out of hand to the point where they may not be much that can be done to stop it.

“The community spread is pretty pervasive and we’re going to see it build pretty quickly over the next two weeks,” he said.

Gottlieb said that the increased number of young people getting the disease has so far meant that we’re seeing fewer deaths than we did earlier this year, but he warned “that won’t stay that way.”

“Eventually it will start to seep into older, more vulnerable people,” he said. “Even if the death rate has come down, which I believe it has, the total number of deaths will go back up, we’ll probably get above 1,000 deaths per day on average.”

Gottlieb said he was optimistic about getting a vaccine for COVID-19 out by early next year, but he warned that it may not matter if the United States keeps letting the virus spread unchecked.

“By the time we get to the end of this year probably close to half the population will have coronavirus, and that’s if we just stay at our current rate,” he said.