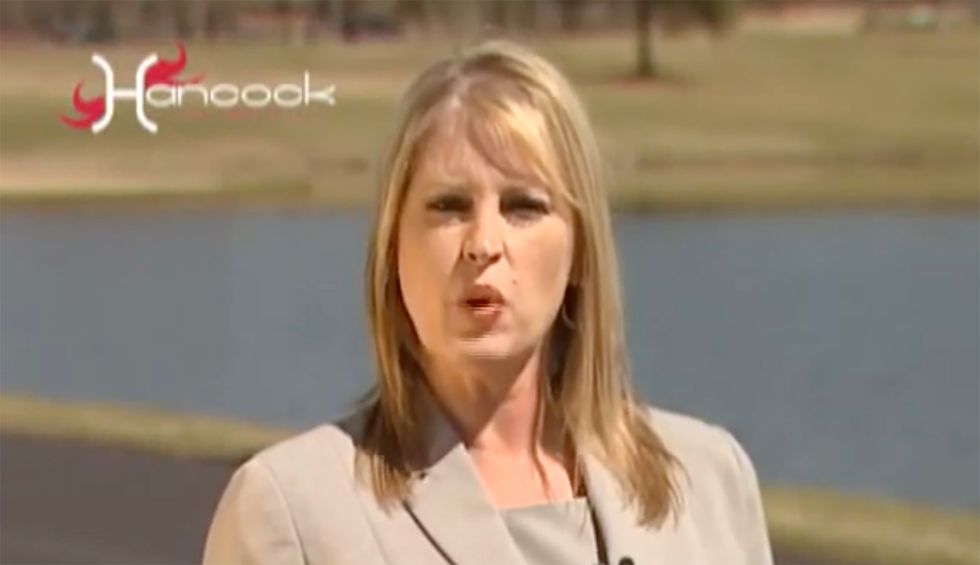 Although many of the protestors at “Justice for George Floyd” demonstrations have been wearing face masks, some of their allies — from health experts to liberal and progressive politicians — have expressed concerns about COVID-19 being spread at the large events. Democratic Atlanta Mayor Keisha Lance Bottoms, for example, has implored protestors to be tested. But in Madison County, Mississippi, far-right prosecutor has come under fire for asserting that she hopes “rioters” are infected with COVID-19.

In a Facebook post, Hancock (who became Madison County’s prosecutor in 2015 and was reelected in 2019), wrote, “Does COVID spread during massive street riots or just in bars and restaurants? Asking for a friend.” And in separate post (which has been deleted), she asserted, “We can only hope the deadly (coronavirus) strain spreads in riots.”

But Hancock,  instead of apologizing, Hancock defended her comments during a June 1 interview with Mississippi Today.

“My job is to prosecute all crimes, including civil disobedience,” Hancock told Mississippi today. “I’m against any breach of peace or criminal activity, and I would prosecute it. I have nothing against people peacefully protesting, but breaking into businesses and stealing things is a crime.”

Of course, COVID-19 — which, according to Johns Hopkins University in Baltimore, has killed more than 376,300 people worldwide and more than 105,200 in the United States — doesn’t make distinctions based on one’s politics or distinguish between non-violent protestors and rioters. So the less that coronavirus is spread, the better. But science, evidently, is not Hancock’s strong point.

When Mississippi Today asked Hancock about her call for more coronavirus infections, the prosecutor responded, “I was really just making light of it. I was not serious about wanting anyone to die. That’s not who I am. The post was kind of a joke, and I was attempting to joke back. Obviously, I did it very poorly. If you ask anybody that knows me, I don’t hold any ill will towards anyone or any group. I only try to be fair.”