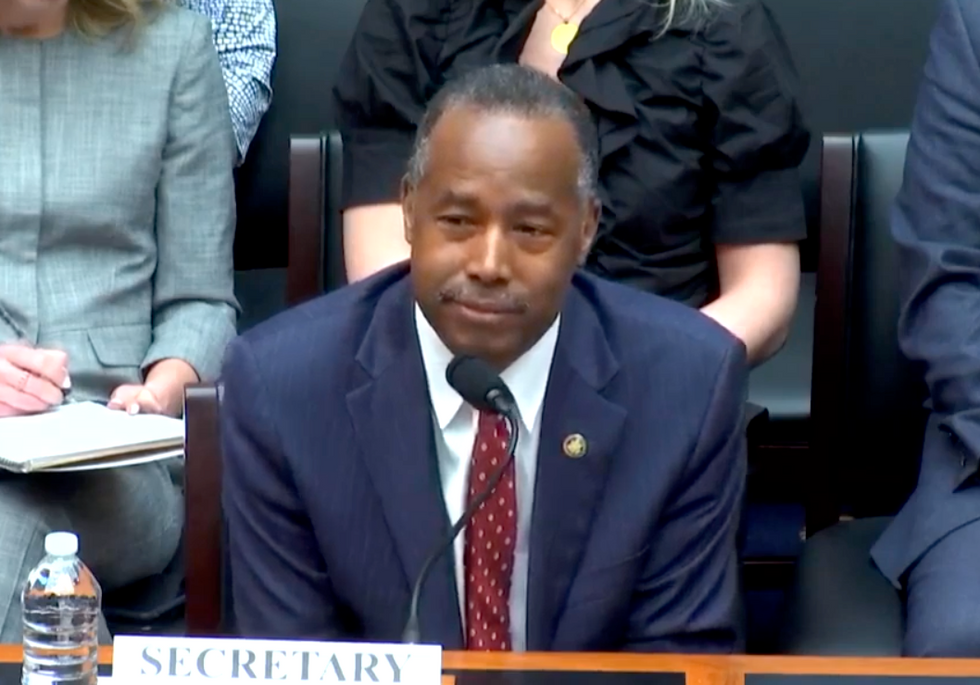 In April 2019, Housing and Urban Development Sec. Ben Carson went in front of legislators to try to debunk reports that the Trump administration had been denying government-insured home loans to Deferred Action for Childhood Arrivals (DACA) recipients, claiming that “No one was aware of any changes that had been made to the policy whatsoever. I’m sure we have plenty of DACA recipients who have [Federal Housing Administration]-backed loans.”

That, in a long tradition of Trump administration officials appearing under oath before federal lawmakers, was a lie. BuzzFeed News reports that emails obtained by watchdog group Democracy Forward through the Freedom of Information Act show HUD “made a specific internal decision by August 2018” to block DACA recipients from these loans. “That decision was communicated to staff during an internal credit policy conference call on Aug. 30, 2018,” the report said.

BuzzFeed News had reported in late 2018 that DACA recipients and their advocates said they were being denied loans after having been eligible in previous years. “People working with DACA recipients on housing say they have noticed the change in guidance in the year since President Donald Trump unsuccessfully moved to rescind the program, which protects people who were brought to the US illegally as children from deportation,” the report said at the time.

But appearing before congress in 2019, Carson pushed back on the report, claiming “I asked around after I read that story,” and BuzzFeed reporting at the time that Carson “added that it would ‘surprise’ him if DACA recipients were being turned down.”

Well, surprise. “The newly obtained emails show that HUD officials were telling lenders not to approve FHA-backed loans from at least early 2018,” BuzzFeed now reports, “and that they had made a specific decision by that August to use an employment authorization category that only applies to DACA recipients to justify excluding them, though it’s not clear why that category was considered disqualifying.” This isn’t the first time administration officials have made a deliberate decision to single out DACA recipients just to be hateful assholes.

Earlier this year, Education Sec. Betsy DeVos blocked them and other undocumented students from billions in emergency funds that the department received to assist students just like them with expenses ranging from child care and housing during the novel coronavirus pandemic. In letters calling on her to reverse the move, legislators said there was nothing in the law that blocked them from relief, writing it in fact “establishes broad flexibility to each institution of higher education to meet the unique needs of their students.”

So far, there appears to be no response from Carson or other HUD officials on this latest report. BuzzFeed News said Democracy Forward is expected to issue a letter on Friday “calling for HUD Inspector General Rae Oliver Davis to open an investigation into whether the agency violated federal law by changing its policy without allowing for a public notice and comment period and by failing to disclose the change to Congress and the public.”

There should also be an investigation into Carson’s claims before congress. We can be certain nothing will happen to him, like the many other Trump loyalists who have lied under oath to legislators. He’ll keep his job, like he kept it after the Government Accountability Office told lawmakers last year that HUD broke the law when it spend tens of thousands of dollars to buy new furniture and a dishwasher for his office. But it should still be important to demand accountability from liars, because that kind of stuff is still important, at least to some of us.