Elon Musk reopened his Tesla factory in defiance of county orders. Then an outbreak happened 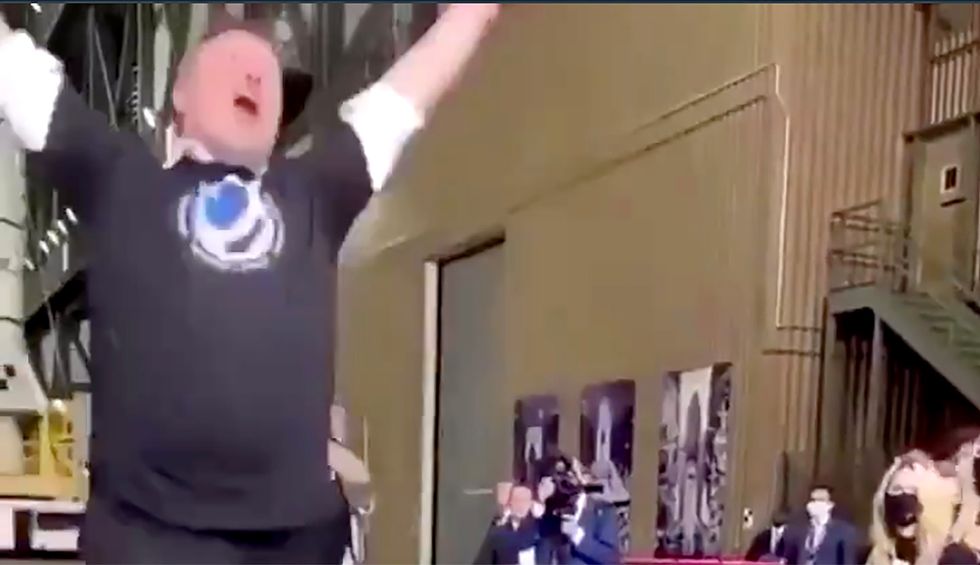 Last months, Tesla CEO Elon Musk openly defied stay-at-home orders in Alameda County in order to reopen his car factory in Fremont, California. The oppositional billionaire, who had been skeptical of public health recommendations — and who previously dismissed the pandemic as "dumb" —first filed a lawsuit for injunctive relief; then threatened to take his factory to another state; then called Alameda County's interim health officer "ignorant." Musk even said he was willing to be arrested for the noble "cause" of restarting production.

And what did that get him? According to a new report by the Washington Post, a coronavirus outbreak in the factory.

Post correspondent Faiz Siddiqui reports that two workers "who spoke on the condition of anonymity because of fear of retaliation" said that supervisors recently held meetings with their teams to discuss that the company reported "several cases of the coronavirus." Employees who were sick with the coronavirus were told to stay home, and have yet to return to work. Three workers who were quarantined because of potential exposure have already returned to work.

The main Tesla manufacturing plant, which employs nearly 10,000 people, started production earlier than its May 18th agreement with Alameda County after Musk played the entitled victim card. The agreement between Tesla and the county — which was set to take place a week later than it did after Musk prematurely restarted production — required that workers adhere to strict social distancing guidelines and take extra precautions to avoid potential exposure.

Subsequent coronavirus cases followed. According to the report, a worker said those affected included an employee during the morning shift and the evening shift. Workers also expressed concern about lack of caution to The Post:

Some workers described an environment of uncertainty and fear around the restart of production, noting how some on their production lines might disappear for two weeks without explanation — a likely effect of extreme precautions being taken for anyone who develops symptoms.

'No social distancing at all when clocking in/out [because] people are … in a hurry to go home or get back to their work station," the individual in the seat assembly plant said in a text message. As far as social distancing, the worker said, management "don't say anything to the associates [because] they're not doing it either.'

As for the changes: "It's like nothing but with a mask on," the worker said.

The report follows a worrying trend in the United States, in which newly re-opened industrial workplaces experience huge surges in coronavirus cases among workers. As Salon previously reported, President Trump's order to reopen meatpacking plants caused a huge coronavirus outbreak among workers. This past week, 124 workers and contractors at Newport, Oregon–based seafood company Pacific Seafood tested positive for coronavirus, which constituted the "second largest workplace outbreak of the virus" in Oregon, according to The Oregonian.

In California, a coronavirus outbreak occurred at a Morgan Hill fish packing company in Santa Clara County, in which a majority of the infected workers were asymptomatic.

While news about the Tesla factory outbreak is still forthcoming, the Morgan Hill outbreak points to a major flaw in reopening rules: workers being told to stay at home only if they have symptoms of COVID-19; yet a huge number, perhaps even a majority of those infected, will never display symptoms yet can still spread the virus.

"We are continuing to let people do more things, and that means we're going to have more cases than we're having," John Swartzberg, MD, a clinical professor of Infectious Diseases in the Vaccinology Division at UC Berkeley School of Public Health, told Salon last month.