Defense Secretary Esper splits from Trump: 'I do not support invoking the insurrection act' 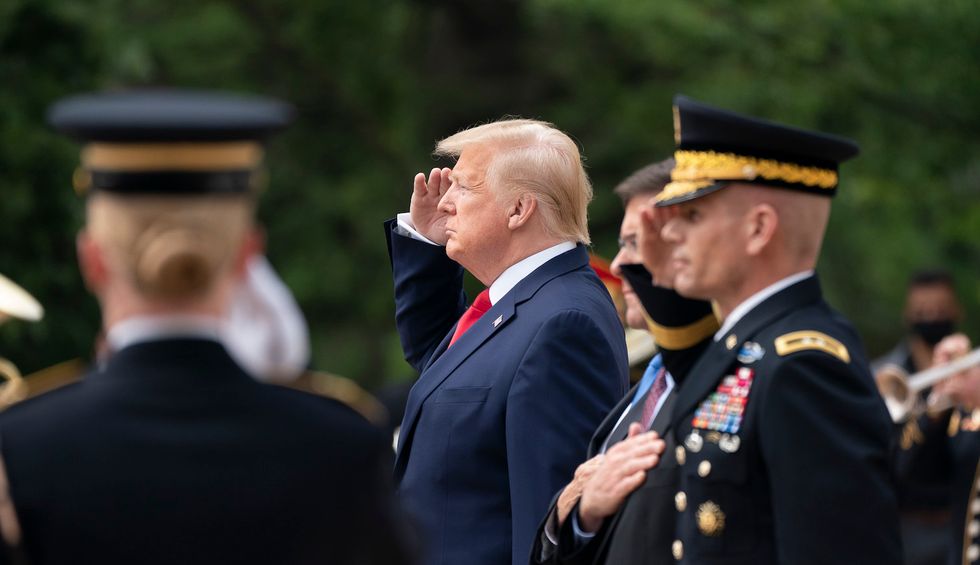 In a rare move Secretary of Defense Mark Esper split from President Donald Trump on the use of the U.S. Military in American cities. Esper, in a hastily-called press conference, told reporters point blank: “I do not support invoking the Insurrection Act.”

The Defense Secretary said active-duty U.S. troops “should only be used as a matter of last resort and only in the most urgent and dire situations.” He added he does not believe America is in that situation presently.

Esper has been highly criticized since he participated in President Donald Trump’s Monday evening photo-op, which was held in front of St. John’s Church, across from the White House. That area was cleared by using rubber bullets and, according to reporters who were on the scene, teat gas. Esper on Wednesday specifically denied that the National Guard used tear gas, but other law enforcement and federal agencies were on the scene as well.

Sec. Esper said he was unaware he would be part of that photo-op, which in itself has been highly controversial. He said he tries to keep the Military out of politics and admitted his participation, which he said was unplanned on his part, failed in that goal.

The Pentagon chief also made an impassioned vow on the role of the U.S. Military.

“The Department of Defense, the armed services, our uniformed leaders, our civilian leaders and I take seriously our oath to support and defend the Constitution,” he said, “and to safeguard to those very rights contained in that document.”

Defense Sec. Mark Esper: "The Department of Defense, the armed services, our uniformed leaders, our civilian leader… https://t.co/nhzlBvvn0i
— This Week (@This Week)1591194227.0

Esper ended the press conference somewhat abruptly, saying he was on his way to the White House.