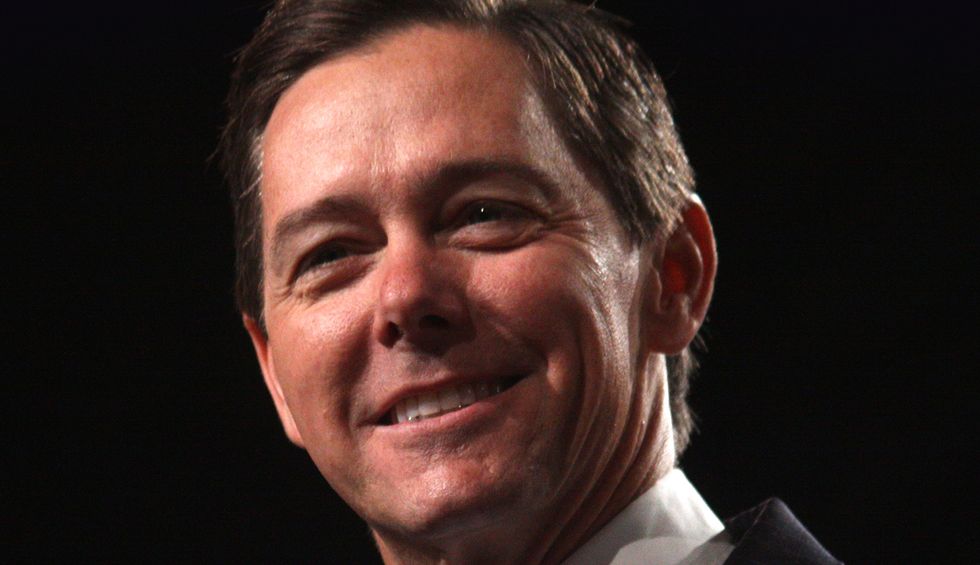 President Donald Trump, on June 1, was happy to endanger the safety of nonviolent “Justice for George Floyd” protestors in Washington, D.C.’s Lafayette Park when police violently removed them so that Trump could get to nearby St. John’s Episcopal Church for a photo-op. But far-right evangelical theocrat Ralph Reed praised Trump for his photo-op during an appearance on C-SPAN, and an angry caller slammed Reed as an “opportunist.”

Reed, a long-time figure in the Christian right movement, said of Trump’s St. John’s visit, “As an American, I was glad that he went there. It was symbolic, but that’s important. The things that he does with the bully pulpit of his office conveys a message, and the message was, I believe: we’re not going to allow our country to be run over by rioters and looters and terrorists.”

Reed went on to say, “The president has a responsibility and takes the oath of office with his hand on a Bible to uphold and defend the Constitution of the United States.”

The angry caller, however, had a very different perspective and lambasted Reed for his hypocrisy.

The caller added that Trump is “just utter chaos in office. His recent comments about the military. How, in good conscience, could you support a person like this?.... Mr. Reed, you are a political opportunist of the first order, and just like how the money lenders were shoved out of the temple by Jesus Christ, you should be too.”

Reed, defending Trump, replied that Jesus Christ “didn’t condemn people who were sinners and had led imperfect lives” — which is absolutely laughable in light of all the Christian Rrght theocrats who, in 1998 and 1999, were outraged that President Bill Clinton had an extramarital affair with White House intern Monica Lewinsky.