Bill Maher taunts Trump fans over president hiding in a bunker from protesters: 'Is America great enough for you yet?' 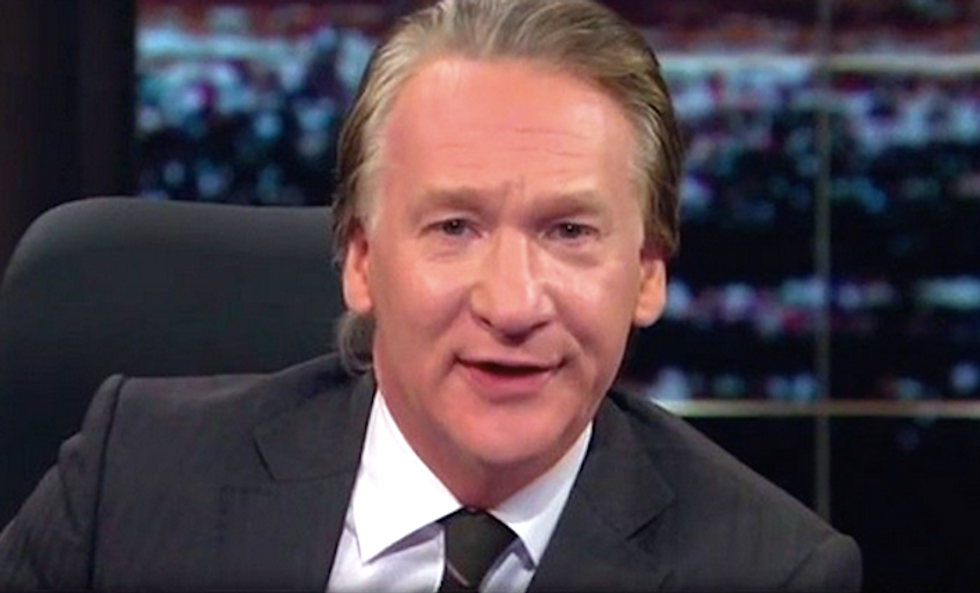 In his opening monologue on Friday night, HBO "Real Time" host Bill Maher both ridiculed Donald Trump and taunted his fans over reports the president was whisked away to an underground bunker to protect him from anti-police brutality protesters.

According to the HBO comedian, "As soon as some shit started outside the White House he went straight to the bunker, five floors below ground. He says he wasn't hiding, he said, I love this, it was more of an inspection -- and he didn't piss himself, he was watering his shoes."

"I tell you, deranged authoritarians and bunkers, always a winning combination," he added.

"So they say he's losing support, I don't know, " the HBO host continued. "I would like to appeal directly to the Trump fans and remind them: 100,000 dead, the economy is collapsing, soldiers are in the streets, cities are on fire, Jared is guarding the White House with a shotgun --- is America great enough for you yet?"