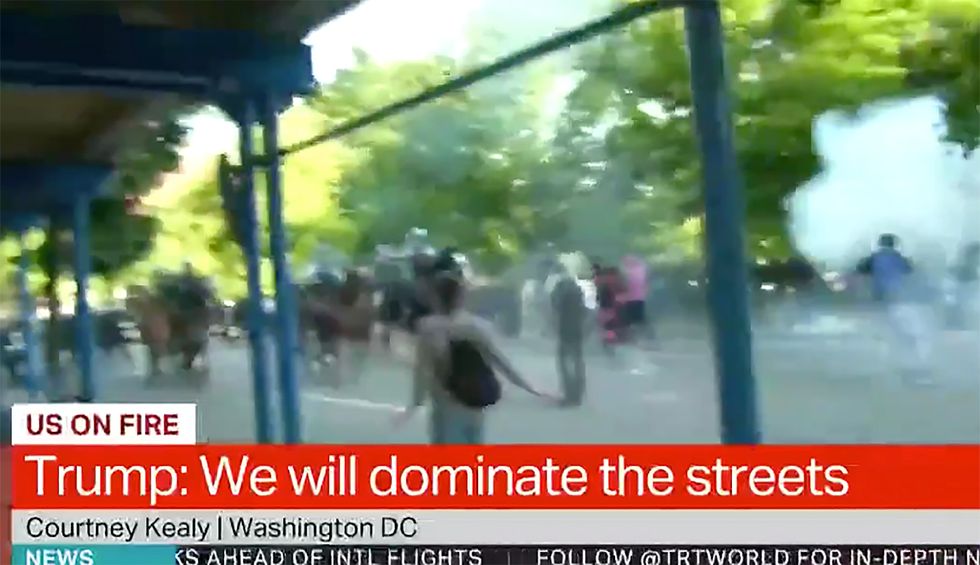 On Monday, June 1, police from Arlington, Virginia (a Washington, D.C. suburb) helped police in the nation’s capital control large protests demanding justice for George Floyd. But Arlington officers, according to Washington television station WUSA 9 (a CBS-affiliation station) are now “reevaluating” their “agreement with” Washington law enforcement because of their actions on behalf of President Donald Trump.

Washington police have been widely criticized for using violent force against peaceful protestors in order to clear the way for Trump to speak at St. John’s Episcopal Church and rally his base with a photo op. And Arlington police, according to WUSA, see that as a misuse of law enforcement.

In an official statement, Arlington officials explained, “At the direction of the County Board, County Manager and Police Chief, all ACPD officers left the District of Columbia at 8:30 tonight. The County is re-evaluating the agreements that allowed our officers to be put in a compromising position that endangered their health and safety, and that of the people around them, for a purpose not worthy of our mutual aid obligations.”

Libby Garvey, an Arlington County board member, tweeted, “We ordered @ArlingtonVaPD to immediately leave DC. Appalled mutual aid agreement abused to endanger their and others safety for a photo op.”

We ordered @ArlingtonVaPD to immediately leave DC. Appalled mutual aid agreement abused to endanger their and others safety for a photo op.
— Libby Garvey (@Libby Garvey)1591059548.0

The protests in Washington, D.C., like many others across the United States as well as in parts of Europe, were held in response to the killing of George Floyd in Minneapolis on May 25. Floyd’s death has been followed by numerous nonviolent protests, but many U.S. cities have also been rocked by the worst civil unrest the country has suffered since the L.A. Riots of 1992.