Are anti-LGBT politics going to make a roaring comeback? 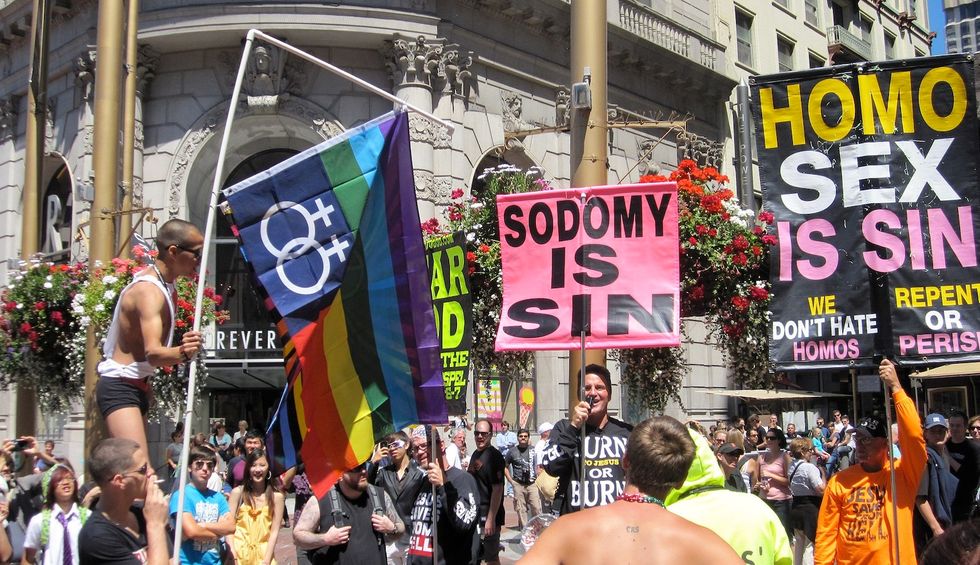 Anti-gay social conservatives have enjoyed both a victory and a brutal defeat in recent days. The victory: Rep. Denver Riggleman of Virginia was challenged by Bob Good (a former Liberty University official) in a Republican primary and lost, which was evangelicals’ way of punishing Riggleman for supporting same-sex marriage. The staggering defeat: on Monday, the U.S. Supreme Court ruled, in a 6-3 decision, that LGTBQ workers could sue for workplace discrimination — and the majority opinion in that ruling came from Justice Neil Gorsuch, President Donald Trump’s first Supreme Court appointee.

Far-right evangelicals and social conservatives view both Riggleman and Gorsuch as traitors to the anti-gay cause. But while Riggleman has been denied a chance to run against a Democrat in his district, Gorsuch has a lifetime appointment on the United States’ highest judicial body.

Conservative Tim Miller, who served as communications director for former Florida Gov. Jeb Bush, notes in an article for The Bulwark that the campaign against Riggleman was “animated by a single issue: Riggleman’s openness to gay marriage — or, more to the point, his decency and willingness to treat gays as human beings.”

Democrats, Miller notes, have been gaining a lot of ground in Virginia, which used to be a reliably red state. And Miller views Good’s anti-gay primary campaign against Riggleman as an example of Virginia Republicans marginalizing themselves even more. According to Miller, Good’s campaign is characteristic of “a downsizing party that is on the wrong side of every emerging demographic.”

The victory of Good over Riggleman and the sense of betrayal that social conservatives feel over Gorsuch’s ruling on LGBTQ Americans in the workplace raises some questions. Will there be a strong resurgence of anti-gay politics in the Republican Party? Will being anti-gay become a litmus test for future U.S. Supreme Court nominees or nominees to the lower courts? And will any enthusiasm social conservatives feel over Good’s victory be crushed by the Supreme Court’s decision? Or will, as right-wing writer Erick Erickson suggested, many GOP voters feel demoralized by the ruling and stay home in November?

Roe v. Wade, which protected the right to have an abortion in the United States, wasn't initially as controversial as it has come to be, and right-wing activists used the ruling to galvanize supporters for their cause over time. The court's new ruling could potentially play the same role, though 2015's Obergefell ruling — which made same-sex marriage the law of the land —seems to have generated minimal blowback. Riggleman's fate, though, suggests that anti-LGBTQ attitudes are far from dead in the GOP.

Good’s campaign against Riggleman, Miller stresses, was largely driven by the fact that he officiated a gay couple’s wedding — which, in Good’s mind, was the ultimate sin. And a photo of Riggleman at that wedding, Miller writes, doomed his campaign.

“Riggleman was, by every possible measure, a Republican in good standing,” Miller notes. “He was endorsed by Donald Trump and Jerry Falwell, Jr. He voted with Trump and the GOP leadership 95%of the time. And when gay issues came up for a vote, Riggleman sided with social conservatives…. Yet none of that mattered because of the wedding photo.”

The anti-gay campaign against Riggleman, Miller laments, was driven by a “deep, soul-sucking hatred.”

“Despite having the Donald Trump Twitter seal of approval,” Miller explains, “Riggleman ran afoul of the core feature of the Trump era: he wasn’t willing to be cruel to the Americans that Republican voters hate, be they ‘Demoncrats’ or the media or immigrants or Black Lives Matter protesters or in certain places, gays. So he was cast out.”