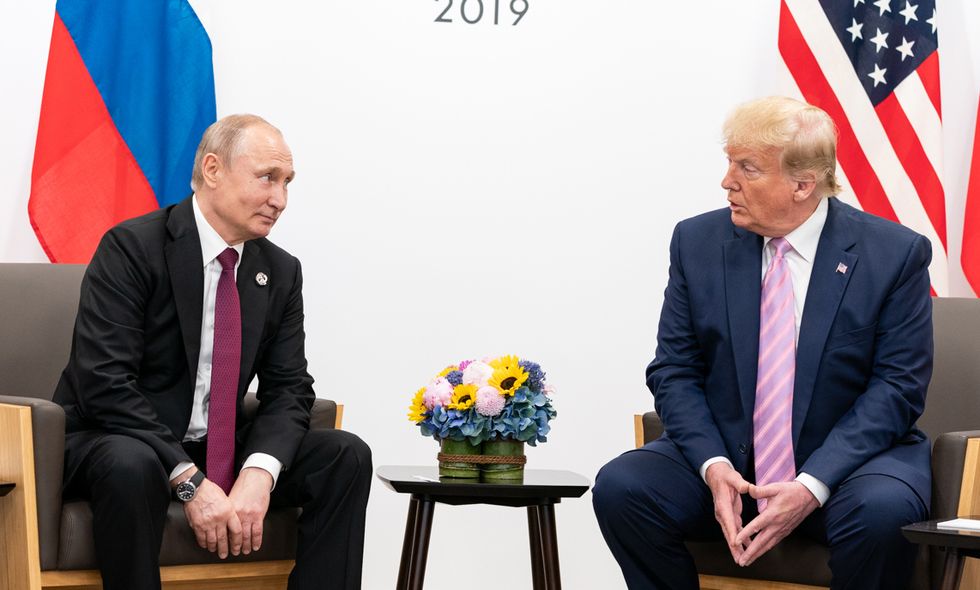 One of the top criticisms that Never Trump conservatives — including The Bulwark’s Bill Kristol, MSNBC’s Joe Scarborough, the late Sen. John McCain — have had of President Donald Trump is his overt hostility to the North Atlantic Treaty Organization. That hostility, according to conservative Washington Post columnist George Will, is reflected in Trump’s decision to remove thousands of U.S. troops from Germany. And Will argues that the withdrawal is Trump’s way of expressing his displeasure with German Chancellor Angela Merkel.

Will, like Kristol and Scarborough, has been a persistent Trump critic on the right. The 79-year-old journalist even left the Republican Party after many years to voice his disdain for Trump, who he believes has been terrible for the conservative movement.

And in his column, Will asserts that while one can agree with the withdrawal from Germany and still be reasonable, Trump’s motivations are problematic.

“Intelligent, informed, public-spirited people can support the policy, announced last week, of removing by September about one-third of the 34,500 U.S. troops stationed in Germany,” Will explains. “Forces there will be capped at 25,000. Some might be moved elsewhere, perhaps to Poland. The difficulty of assessing this policy illustrates the toll taken by the inability to trust — it is now unreasonable to trust — the character, judgment and veracity of the president or his employees who interpret him to the public.”

Will cites the G-7 Summit as a source of tensions between Trump and Merkel, noting that withdrawal of troops from Germany “was announced, perhaps impulsively, after Merkel’s refusal to attend the Group of Seven meeting that President Trump wanted held in Washington at the end of this month. Trump’s suggestion to permanently enlarge the G-7 by adding Russia was stymied by Britain and Canada, who impertinently reminded him that they have something to say about this.”

The conservative columnist adds that the “redeployment” of U.S. troops “gratifies” Russian President Vladimir Putin, who has been a blistering critic of NATO. Putin, according to Will, “has a special grievance against NATO for its role in the Soviet Union’s demise, which he considers ‘the greatest geopolitical catastrophe of the century.’ He surely has enjoyed Trump’s denigration of NATO and would relish the alliance’s disintegration.”

Former Vice President Joe Biden, the presumptive Democratic presidential nominee, has warned that if Trump is reelected, it could be the end of NATO. But Will predicts that Trump will be voted out of office in November — and that Biden, in 2021, will be the one overseeing U.S. relations with the 71-year-old organization.