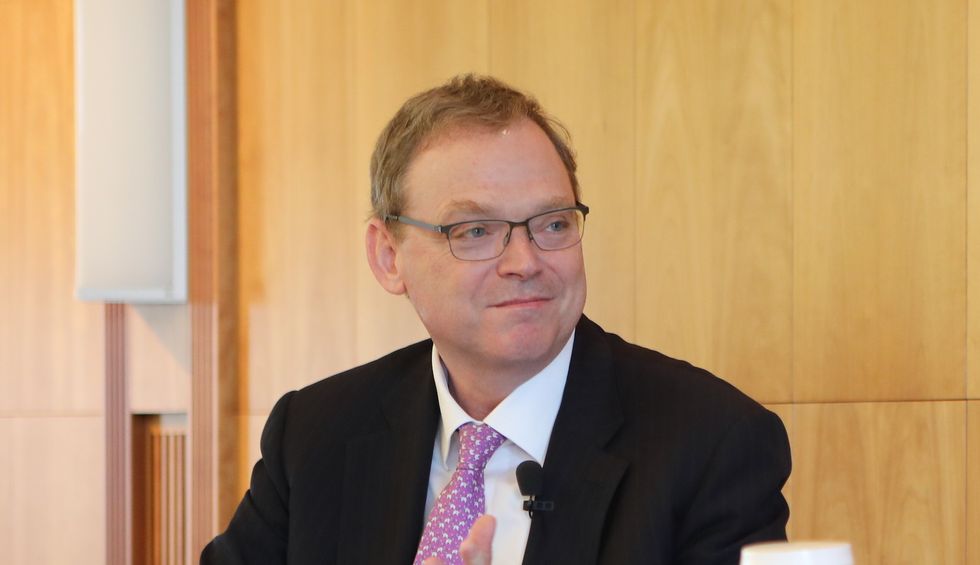 White House economic adviser Kevin Hassett is leaving the administration after his second tour of duty under the tumultuous presidency of Donald Trump, and he shared an ominous warning about the country's future in an interview Monday with the Washington Post.

“I think everyone should be worried about how this is going to turn out in the end, because it’s a shock unlike anything we’ve ever seen,” Hassett said. "Certainly, the crisis is not over — and there’s a lot of work to do."

Yet his words of warning resonate most as the president and those around him seem intent on declaring the crisis over and the Republican Party as a whole appears resistant to more aggressive economic policy.

Hassett himself is no bastion of credibility and foresight. He was widely criticized for pushing an extremely simplistic mathematical model of COVID-19 deaths that seemed to project — quite wrongly, it turned out — that coronavirus deaths would drop to zero in May.

Ryan Cooper of The Week recently argued that, in fact, the worsening of the pandemic means that additional economic trouble lies ahead:

Therefore, on our current track I see no way around one of two possibilities. Either people will look around them and refrain from fully going back to their normal activities, and the economy will stall out. Or they actually will resume normal activities, which will sooner or later spark galloping outbreaks in most states, leading many more people to self-isolate, and the economy will stall out. Even Americans' bulletproof individualism will not keep people going to bars and restaurants if tens of thousands of people are dying and hundreds of thousands are becoming severely ill. To quote the Florida woman mentioned above: "I think we were careless and we went out into a public place when we should not have."

So far Republicans have seized on every piece of even slight economic good news to declare that the economy is in perfect shape, coronavirus is over, and no more rescue is needed. "We did it," Vice President Mike Pence triumphantly declared in Iowa on Tuesday. But if more rescues are not passed, and especially if super-unemployment expires, then the economy will stall sooner or later. That will be reflected in economic data like the monthly jobs reports, and probably cause the stock market — which shows every sign of being at wildly unsustainable values — to tank.

Despite his obvious flaws and egregious errors, Hassett has at times seemed to appreciate economic reality with a bit more clarity than many of the other people Trump surrounds himself with. As buffoonish as he can be, many of those remaining are worse. So it probably doesn't bode well for the country that Hassett is looking for the fastest exit. Perhaps his understanding of the current perils is behind his decision to head for the hills.