With the feds AWOL, Michigan Gov Gretchen Whitmer issues a sensible plan to reopen her state 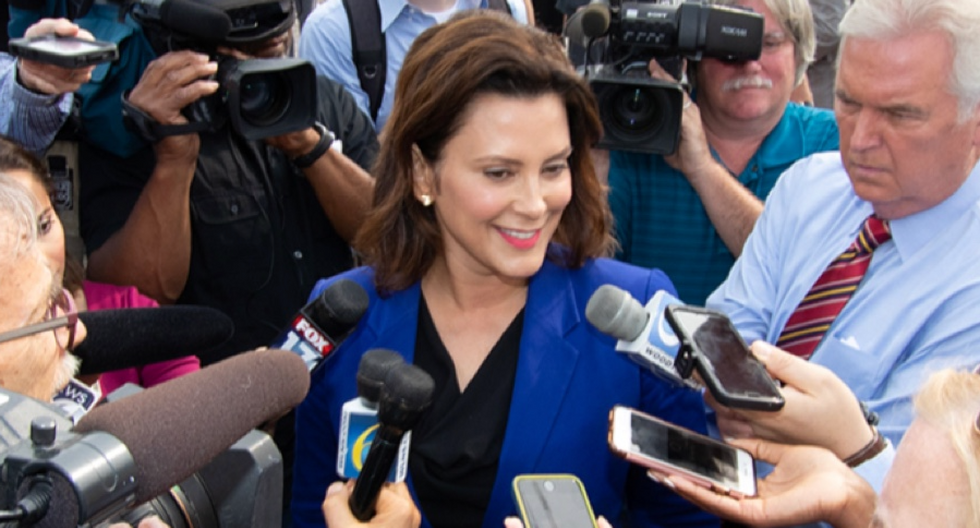 There is no serious debate about reopening local economies. Conservatives claim that we can either contain the COVID-19 pandemic or start getting everyone back to work, but that's a false choice. Because we still lack the capacity to test widely and isolate the infected, the choice before us is to reopen prematurely, worsening the public health crisis and deepening the recession, or waiting until we have the ability to reopen safely, in stages, which would both save lives and lead to a quicker recovery. We know these are our options from past pandemics.

The Trump regime appears to have given up on containing the outbreak and is just focusing on managing the political fallout. This week, the White House rejected its own sensible, science-based guidelines to re-open states, and Trump has left it up to governors to decide how and when to reopen their economies.

They are taking divergent paths. A number of Republican governors are pushing ahead against the advice of public health experts, and those states are all-but-guaranteed to see a spike in infections and will likely have a rockier economic road ahead of them as a result.

At the same time, a number of governors, mostly in blue states, have insisted on an evidence-based approach to reopening as soon as it's relatively safe to do so. Last week, Oregon Gov. Kate Brown "unveiled a bevy of new initiatives and details to beef up testing and contact tracing as businesses look to reopen amid the coronavirus pandemic," according to The Oregonian. On Monday, Andrew Cuomo offered a "soft blueprint" for getting New York up and running. That same day, California Gov. Gavin Newsom announced that the Golden State was moving to the first phase of its plan to ease restrictions, and will move to the second phase next week.

And yesterday, Michigan Gov. Gretchen Whitmer, dubbed "that woman from Michigan" by Donald Trump, issued what may be the most straightforward and easy-to-understand benchmarks for getting people back to work.

All of these approaches--including the White House's guidelines that Trump's team ditched this week--are broadly similar because they reflect what epidemiologists know so far about how this novel disease operates. But clear communication to the public, something that has been notably lacking from the federal government, is essential for managing a pandemic because people are more likely to comply with restrictions when they understand the rationale for them and see that there's a plan in place to end them as soon as it can be done responsibly. In that sense, Whitmer's simple, 6-step framework represents a model of clarity that other leaders might emulate.