What on Earth is the US doing by bombing Somalia? 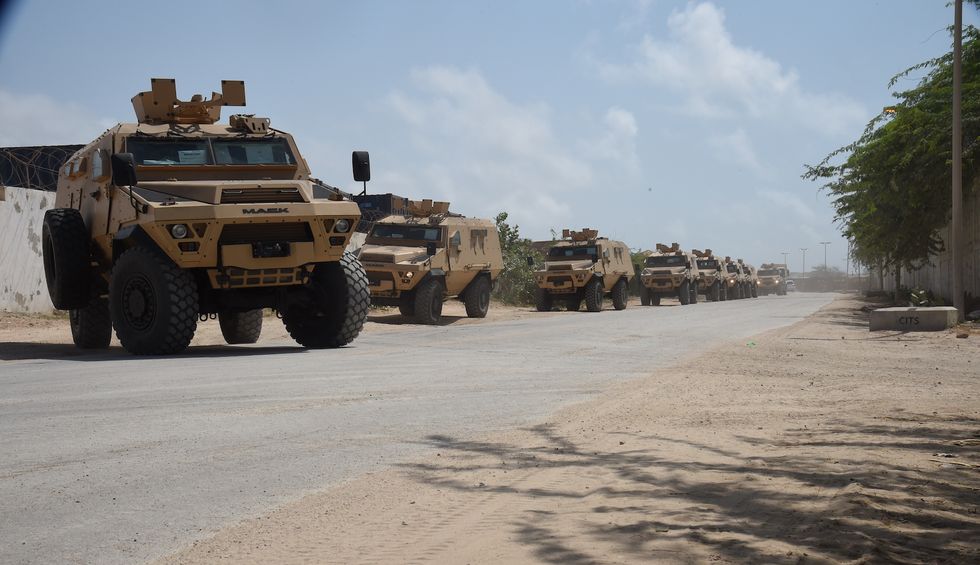 The Trump administration has quietly ramped up a vicious bombing—and covert raiding—campaign in Somalia amid a global coronavirus pandemic. Neither the White House nor the Pentagon has provided any explanation for the deadly escalation of a war that Congress hasn’t declared and the media rarely reports. At stake are many thousands of lives.

The public statistics show a considerable increase in airstrikes from Obama’s presidency. From 2009 to 2016, the U.S. military’s Africa Command (AFRICOM) announced 36 airstrikes in Somalia. Under Trump, it conducted at least 63 bombing raids just last year, with another 39 such attacks in the first four months of 2020. The ostensible U.S. target has usually been the Islamist insurgent group al-Shabab, but often the real—or at least consequent—victims are long-embattled Somali civilians.

As for the most direct victims, it’s become clear that notoriously image-conscious AFRICOM public affairs officers have long undercounted and underreported the number of civilians killed in their expanding aerial bombardments. According to Airwars, a UK-based airstrike monitoring group, civilian fatalities—while low relative to other bombing campaigns in Iraq, Afghanistan, or Syria—may exceed official Pentagon estimates by as much as 6,800 percent. Only these deaths don’t tell the half of it. Tens of thousands of Somalis have fled areas that the U.S. regularly bombs, filtering into already overcrowded refugee camps outside of the capital of Mogadishu.

There are approximately 2.6 million internally displaced persons (IDPs) in Somalia who barely survive and are often reliant on humanitarian aid. So vulnerable are the refugees in the pandemic-petri-dish camps, that one mother of seven described feeling “like we are waiting for death to come.” Her fears may prove justified. Recently, coronavirus cases have risen rapidly in Somalia—a country with no public health system to speak of—and due to severely limited testing availability, experts believe the actual tally is much higher than reported. No matter how AFRICOM spins it, their escalatory war will only exacerbate the country’s slow-boiling crisis.

While comprehensive analysis of the sordid history of U.S. military operations in Somalia would fill multiple volumes, it’s worth recalling the basic contours of Washington’s record. During the Cold War, the U.S. pressured the United Nations to hand over the ethnically Somali Ogaden region to Ethiopia, then proceeded to arm and back this sworn enemy of Mogadishu. That is until Marxist Ethiopian military officers took power in a 1974 putsch, at which point America turned on a dime, and changed sides. Washington then backed Somalia in the ensuing war over Ogaden. Over the next decade and a half, the U.S. propped up the abusive and corrupt Somali dictator Mohammed Siad Barre.

Nevertheless, after the Berlin Wall came down and Barre, a notorious human rights-violator, had outlived his Cold War usefulness, Congress cut off military and—more importantly—economic aid. Barre was soon toppled in a coup, and clan-based militias carved up the remnants of the Somali state. Civil war raged, and hundreds of thousands of civilians starved to death in the ensuing famine. Thanks to the blockbuster 2001 Hollywood film “Blackhawk Down,” what came next is the one bit of Somali history most Americans know. In 1992, U.S. troops filtered into Somalia to support what began as a United Nations humanitarian response. No doubt, they eventually did some good.

In the chaos, the UN and especially the U.S. took sides in the civil war. Then after American special operators killed numerous civilians in the hunt for one particular warlord, thousands of angry Somalis turned on a group of army rangers and Delta Force commandos during another botched raid. In the daylong battle that inspired the film, 18 U.S. soldiers and—far less reported—some 500 Somali men, women, and children were killed. With no stomach for the bad press of body bags being brought home, President Bill Clinton pulled the troops out within months.

For several years, Washington reverted to largely ignoring the ongoing Somali tragedy. That is until the 2001 terror attacks in New York and Washington, D.C., placed the region—and anything vaguely Islamist—into the Pentagon’s crosshairs. There hadn’t been much of an al-Qaeda presence in Somalia at the time, so the U.S. basically “invented” one. In 2006, after an imperfect but popular Islamic Courts movement brought some stability to the capitol, Washington encouraged, backed, and even took part in an Ethiopian invasion.

This too backfired. The more hardline al-Shabab was empowered, largely catalyzed, and grew in popularity through its resistance to the illegal Ethiopian occupation and to the corrupt UN and U.S.-backed interim governments that followed. What AFRICOM’s director of operations called the “disease” of al-Shabab is now used as a vague justification of the latest escalation in U.S. airstrikes.

How many Americans know that some 500–800 U.S. troops are based in Somalia at any given time? Fewer still likely have the faintest idea that three Americans were killed in neighboring Kenya just a few months back, when al-Shabab nearly overran an airbase that housed some U.S. troops.

Apathy and ignorance are troubling enough, but as has been the case for nearly all recent interventions in the Greater Middle East, Washington’s aggressive Somalia policy has proven counterproductive. The more intense and overt the U.S. military strikes and presence, the more empowered al-Shabab becomes since the group is as much nationalist resistant movement as terror group. While this admittedly abhorrent crew kills and oppresses Somali civilians as much as or more than American bombs or U.S.-backed government security forces, Washington’s self-sabotage is real. As a Brown University Costs of War Project report concludes: “Al-Shabaab is fueled, in part, by the US war against it.” Though affiliated with al-Qaeda, al-Shabab’s recruits, expertise, and grievances are mainly local. Most funding comes from piracy and other criminal enterprises.

The United Nations with tacit support from even America’s NATO allies has called for a global ceasefire during the coronavirus pandemic. The Trump team has only escalated military actions in various hotspots—particularly Somalia. This won’t play well with allies, adversaries, or neutral nations alike. If anything, it will drive the latter into the arms of Russia or China. In the face of such strategic inertia, one can’t help but wish the U.S. military would heed its own doctrine.

“Doing Nothing is Sometimes the Best Action.”

Danny Sjursen is a retired U.S. Army officer, combat veteran of Iraq and Afghanistan, and freelance contributor to a variety of publications. He is the author of Ghost Riders of Baghdad: Soldiers, Civilians, and the Myth of the Surge and the forthcoming book Patriotic Dissent: America in the Age of Endless War. Follow him on Twitter @SkepticalVet or visit his website.