Watch: Black man pleads that he can’t breathe while cop keeps a knee on his neck — and dies shortly after 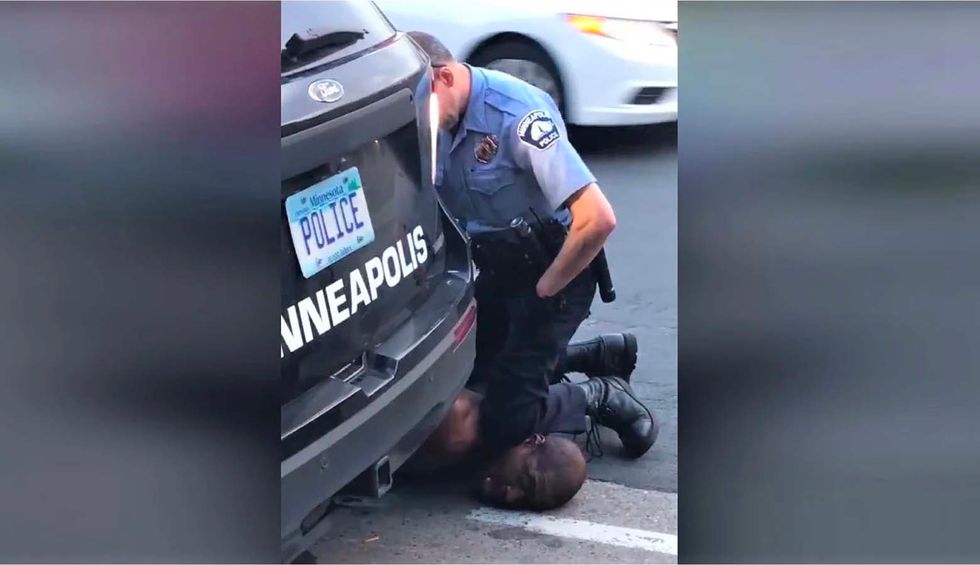 A video posted on social media this week shows a police officer keeping his knee planted on the neck of a black man who pleaded that he couldn’t breathe and subsequently died shortly afterward.

CBS News reports that police in Minneapolis on Monday responded to a report of an intoxicated man causing a disturbance.

“Officers were advised that the suspect was sitting on top of a blue car and appeared to be under the influence,” the Minneapolis Police Department said in a statement. “Two officers arrived and located the suspect, a male believed to be in his 40s, in his car. He was ordered to step from his car.”

A video of the incident captured by bystander Darnella Frazier shows that a white officer had pinned the man to the ground and had placed his knee over his neck.

The black man can be heard moaning and telling the officer that he’s having trouble breathing.

“My stomach hurts,” the man said. “My neck hurts. Everything hurts… [I need] water or something. Please. Please. I can’t breathe, officer.”

The police called an ambulance for him, but by the time it arrived, he had not been responsive for several minutes.

As the man lay there motionless, bystanders begged the officers to check his pulse — and the white officer continued to keep his knee on the man’s neck.

The man was later pronounced dead.