Trump still refuses to read intel briefs — and only likes looking at pictures and charts: NYT 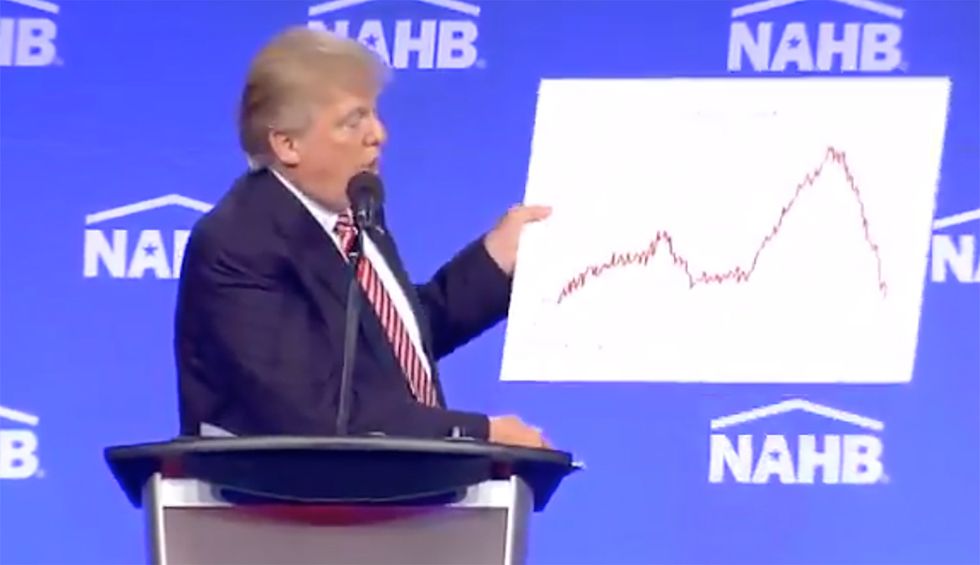 President Donald Trump has claimed that his intelligence briefings failed to warn him about the severity of the threat from the COVID-19 pandemic, despite the fact that multiple briefings contained dire assessments about the impact of the disease.

A new report from the New York Times suggests that Trump’s failure to prepare for the pandemic may stem from the fact that he simply never reads his intelligence briefings.

According to the Times’ sources, national security officials have grown exasperated by the president’s unwillingness to read his briefings or even pay attention during meetings.

“While Mr. Trump does not appear to read the intelligence reports he is given, he will examine graphs, charts and tables,” the Times reports. “Satellite pictures clearly interest him, too.”

Trump’s lack of attention led intelligence officials to go to unusual lengths to get him to listen.

“Briefing him has been so great a challenge compared with his predecessors that the intelligence agencies have hired outside consultants to study how better to present information to him,” the paper reports. “Working to keep Mr. Trump’s interest exhausted and burned out his first briefer, Ted Gistaro, two former officials said. Mr. Gistaro did not always know what to expect and would sometimes have to brief an erratic and angry president upset over news reports, the officials said.”