The TSA hoarded 1.3 million N95 masks even though airports are empty and it doesn’t need them 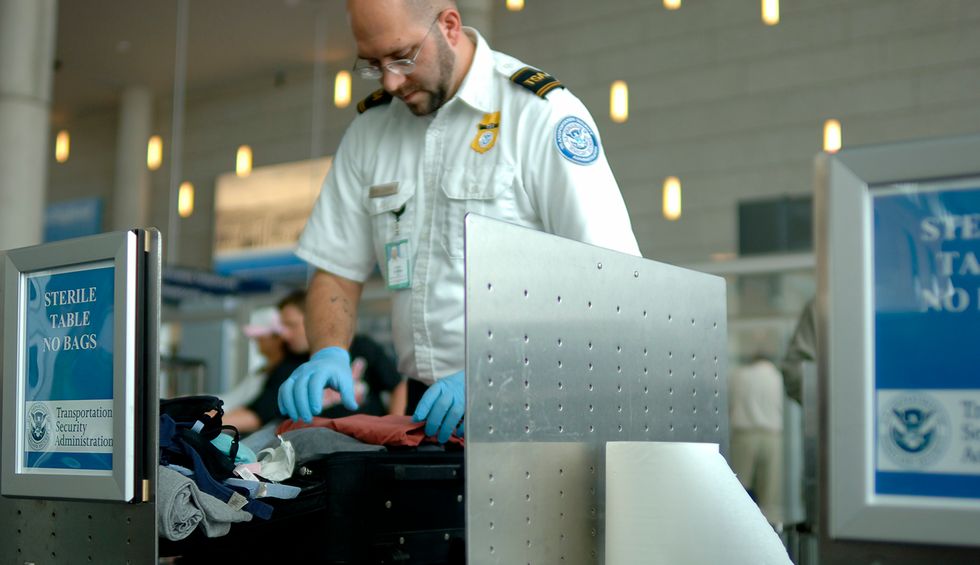 The Transportation Security Administration ignored guidance from the Department of Homeland Security and internal pushback from two agency officials when it stockpiled more than 1.3 million N95 respirator masks instead of donating them to hospitals, internal records and interviews show.

Internal concerns were raised in early April, when COVID-19 cases were growing by the thousands and hospitals in some parts of the country were overrun and desperate for supplies. The agency held on to the cache of life-saving masks even as the number of people coming through U.S. airports dropped by 95% and the TSA instructed many employees to stay home to avoid being infected. Meanwhile, other federal agencies, including the Department of Veterans Affairs’ vast network of hospitals, scrounged for the personal protective equipment that doctors and nurses are dying without.

“We don’t need them. People who are in an infectious environment need them. Nobody is flying,” Charles Kielkopf, a TSA attorney based in Columbus, Ohio, told ProPublica. “You don’t take things for yourself. It’s the wrong thing to do.”

Kielkopf shared a copy of an official whistleblower complaint he filed Monday. In it, he alleges the agency had engaged in gross mismanagement that represented a “substantial and specific danger to public health.”

TSA has not required its screeners to wear N95s, which require fitting and training to use properly, and internal memos show most are using surgical masks, which are more widely available but are less effective and lack the same filtering ability.

Kielkopf raised a red flag last month about the TSA’s plan to store N95 respirators it had been given by Customs and Border Protection, which found more than a million old but usable masks in an Indiana warehouse. Both agencies are overseen by DHS. That shipment added to 116,000 N95s the TSA had left over from the swine flu pandemic of 2009, a TSA memo shows. While both stockpiles were older than the manufacturer’s recommended shelf life, the Centers for Disease Control and Prevention said that expired masks remain effective against spreading the virus.

Kielkopf and another TSA official in Minnesota suggested that the agency send its N95 masks to hospitals in early April, records show. Instead, TSA quietly stored many of them in its warehouse near the Dallas-Fort Worth airport and dispersed the rest to empty airports across the nation.

“We need to reserve medical masks for health care workers,” Kielkopf said, “not TSA workers who are behind an X-ray machine.”

The TSA didn’t provide answers to several detailed questions sent by ProPublica, but spokesman Mark Howell said in an email that the agency’s “highest priority is to ensure the health, safety and security of our workforce and the American people.”

“With the support of CBP and DHS, in April, TSA was able to ensure a sufficient supply of N95 masks would be available for any officer who chose to wear one and completed the requisite training,” the statement read.

“We are continuing to acquire additional personal protective equipment for our employees to ensure both their and the traveling public’s health and safety based on our current staffing needs, and as supplies become available,” TSA said.

A review of federal contracting data shows the agency has mostly made modest purchases such as a $231,000 purchase for gallons of disinfectant, but has not reported any new purchases of N95s.

An internal TSA memo last month said the surplus of N95s was expected to last the agency about 30 days, but the same memo noted that estimate did not account for the drastic decline in security officers working at airports. ProPublica asked how long the masks were actually going to last, accounting for the decreased staffing levels.

“While we cannot provide details on staffing, passenger throughput and corresponding operations have certainly decreased,” the TSA statement said.

The trade journal Government Executive reported this week that internal TSA records showed most employee schedules have been “sharply abbreviated,” while an additional 8,000 security screeners are on paid leave over concerns that they could be exposed to the virus.

More than 500 TSA employees have tested positive for COVID-19, the agency reported, and five have died.

The CDC has not recommended the use of N95s by TSA staff, records show, but that doesn’t mean workers who have or want to wear them can’t.

In one April 7 email, DHS Deputy Under Secretary for Management Randolph D. Alles sent guidance to TSA officials, urging them to wear homemade cloth face coverings and maintain social distancing. But the N95s, which block 95% of particles that can transmit the virus, were in notoriously short supply and should be “reserved” for health care workers.

“The CDC has given us very good information about how to make masks that are suitable, so that we can continue to reserve medical masks and PPE for healthcare workers battling the COVID-19 pandemic,” Alles wrote.

But two days later, on April 9, Cliff Van Leuven, TSA’s federal security director in Minnesota, followed up and asked why he had been sent thousands of masks despite that guidance.

“I just received 9,000 N-95 masks that I have very little to no need for,” he said in the email, which was first reported by Government Executive. “We’ve made N95s available to our staff and, of the officers who wear masks, they overwhelmingly prefer the surgical masks we just received after a couple months on back order.”

Minnesota Gov. Tim Walz had publicly asked that anyone who had PPE donate their surplus to the state’s Department of Health, Van Leuven said in the email to senior TSA staff.

“I’d like to donate the bulk of our current stock of N-95s in support of that need and keep a small supply on hand,” he wrote, adding the Minneapolis-St. Paul International Airport had screened fewer than 1,500 people the previous day, about a third of which were airport staff.

Later that day, Kielkopf forwarded the concerns to TSA attorneys in other field offices, trying to get some attention to the stockpile he felt would be better used at hospitals.

“I am sharing with you some issues we are having with n95 masks in Minnesota,” he wrote. “And the tension between our increasing supply of n95 masks at our TSA airport locations and the dire need for them in the medical community.”

Weeks went by, and finally, on May 1, Kielkopf wrote: “I have been very disappointed in our position to keep tens of thousands of n95 masks while healthcare workers who have a medical requirement for the masks — because of their contact with infected people — still go without.”

DHS did not respond to ProPublica’s questions about why it transferred N95 masks to TSA despite a top official saying they should be reserved for healthcare workers.

“So now the TSA position is that we desperately need these masks for the protection of our people,” Kielkopf said. “At the same time, most of our people aren’t even working. It’s a complete 180 that doesn’t make any sense.”

Do you have access to information about federal contracts that should be public? Email david.mcswane@propublica.org. Here’s how to send tips and documents to ProPublica securely.