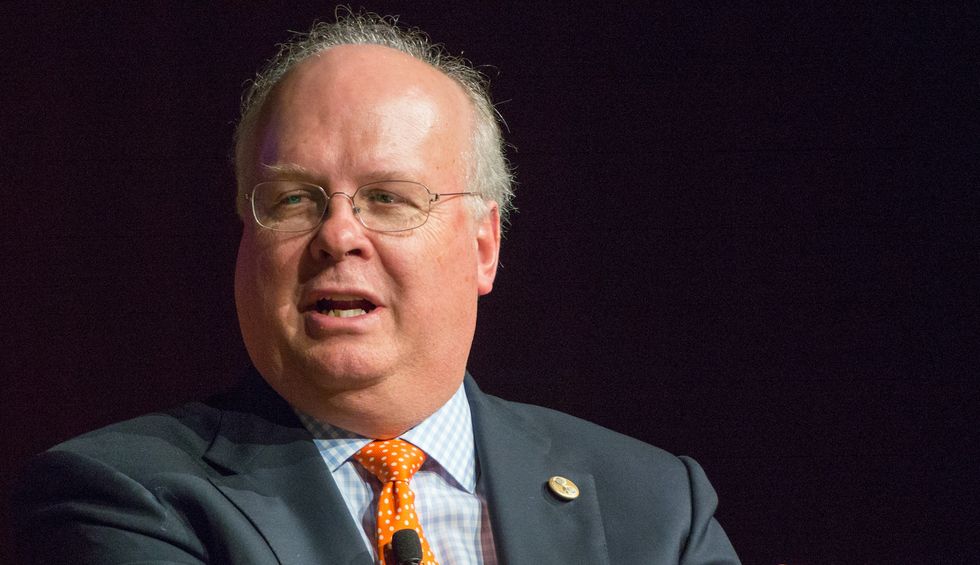 There have been many rumors in recent weeks that the Trump campaign is starting to disintegrate. This is not surprising. All you have to do is read Trump's Twitter feed to see that the president does not like bad news and he will kill any messenger who brings it to him. Lately, there has been a whole lot of bad campaign news.

The New York Times has reported that Trump has been getting so angry at the decaying poll numbers that he yelled at campaign manager Brad Parscale and threatened to sue him during a heated phone call. (Parscale reportedly replied, "I love you too," and flew up to Washingon right away to mend fences.)

Indeed, the polls have not been looking good for Trump, but then they haven't looked very good his entire term. An impeached president whose approval rating has always hovered around 42% doesn't have a lot of room for error to begin with. Now that he's shown what a disastrous leader he is in a crisis, there very little prospect that it's going to improve.

Naturally, Trump blames his campaign operatives for this because he will never accept responsibility for anything that goes wrong. Parscale has been just a bit too high-profile recently, even getting celebrity treatment from the New York Times, which is the sort of thing that makes the boss very angry. He doesn't like to share the spotlight, particularly with someone who seems to be making buckets of money while working for him.

The Never Trumper PAC known as The Lincoln Project yanked Trump's chain with that information this week, running another one of its ads pointedly designed to get under the president's thin skin.

Parscale really isn't the brightest bulb on the tree, not that Trump would know the difference. His most memorable message so far in this campaign is this:

For nearly three years we have been building a juggernaut campaign (Death Star). It is firing on all cylinders. Da… https://t.co/qdMTx6k8K9
— Brad Parscale (@Brad Parscale) 1588858213

Setting aside the macabre tastelessness of calling your campaign operation the "Death Star" while your candidate is recklessly mismanaging a runaway epidemic that has killed close to 100,000 of his own people, even as a pop-culture reference it's absurdly off-base. Does Parscale know that things didn't end well for the Death Star?

Parscale has cultivated a close relationship with Jared Kushner, the son Trump never had, so he's probably safe. But you never know with Trump. His 2016 campaign cycled through a number of campaign operatives, some of whom are now either in prison or awaiting sentencing. There have been whispers that Trump might bring back Corey Lewandowski or Steve Bannon, but Javanka never cared for either of them so they're probably off the table. If things get really desperate, I suppose he can always pardon Roger Stone and Paul Manafort and bring them back on board.

The sad fact is that Trump's options are limited. While the entire Republican establishment has not just capitulated to Trump but now eagerly supports him, it's interesting to note that so many high-profile GOP campaign strategists have gone the other way. There simply aren't very many experienced people Trump can call for help.

But there is one guy: Karl Rove, the man they used to call "Bush's Brain," whom George W. Bush affectionately dubbed "Turd Blossom." Rove has backed away from active campaigning in recent years, preferring to drop his pearls of wisdom on Fox News and advise the dark-money super PAC American Crossroads, which he founded back in 2010. But reports this week suggest that despite Trump's antipathy for the Bush family, Turd Blossom may be back in the saddle, advising Trump on how to salvage those swing states he sees slipping away.

According to NBC News, Rove has been quietly worming his way into the campaign for some time:

Trump campaign manager Brad Parscale has consulted Rove since the 2018 midterm elections, per three people familiar with the discussions. Before the pandemic, Rove had advised the Trump campaign it could be modeled, in some ways, after the Bush 2004 re-election race.

Of course he did. He certainly wouldn't want to remind anyone of his total meltdown on Fox News on election night in 2012, when he refused to accept that Republican nominee Mitt Romney had lost Ohio, and with it the election, insisting that his own numbers were more reliable. Romney's family had to call and tell Rove to back down so the candidate could concede with some measure of dignity.

In fact, Rove is a perfect addition to the Trump team. For all his reputation as a "data guy" and number-cruncher, he's really just an old-fashioned Republican character assassin. The New York Times has reported that Rove had a recent meeting with Trump and warned him "that he had fallen behind in the task of damaging [Joe] Biden, people familiar with the meeting said." That's the kind of tactic in which Rove specializes.

Rove first came to national attention as George W. Bush's campaign manager in 2000. According to James Moore and Wayne Slater's book "Bush's Brain: How Karl Rove Made George W. Bush Presidential," Rove was personally behind one of the most scurrilous episodes in GOP campaign history. He allegedly came up with the infamous push poll used in South Carolina to undermine support for Sen. John McCain with outright racist innuendo: "Would you be more likely or less likely to vote for John McCain for president if you knew he had fathered an illegitimate black child?"

But then, Rove was a Lee Atwater protégé, so what else would one expect?

Crudely tearing down the opponent isn't the only way in which Rove is particularly suited to be a Trump adviser. He was always exalted among the Beltway press for his supposed genius in figuring out that you should attack your opponents on their perceived strengths. For instance, the Bush campaign attacked John Kerry over his Vietnam War record in the 2004 election, when that was considered Kerry's ace in the hole. In reality, Rove was always projecting his own candidate's weaknesses onto his opponent. In that election, Bush had had to contend with the fact that he had started a useless war in Iraq and had himself dodged the draft, so the campaign's best recourse was to make Kerry look like a liar and a coward.

I hardly have to tell you how Trumpian that is. If Rove can get Trump to actually listen to him — which he probably won't, since Trump won't listen to anyone — it could be a formidable partnership.

Karl Rove won elections through the clever manipulation of the media with lots of talk about "the math," the supposed inevitability of Republican victory and his own inflated mystique. In that regard, he mirrors Parscale, the high-living Trump campaign manager who has snookered the press into believing he's a high-tech genius possessed of secret knowledge and endless resources. Both of them managed to slip their clients into a first term with a dubious Electoral College victory and a popular-vote defeat. It remains to be seen if Parscale can replicate Rove's second-term victory in 2004, in which Bush won the popular vote, but almost lost the Electoral College.

Bush's Brain and Trump's ego are going to ride Brad Parscale's Death Star into November. Fasten your seatbelts; it's going to be a bumpy flight.