The more journalists report that Trump is losing it, the more he loses it 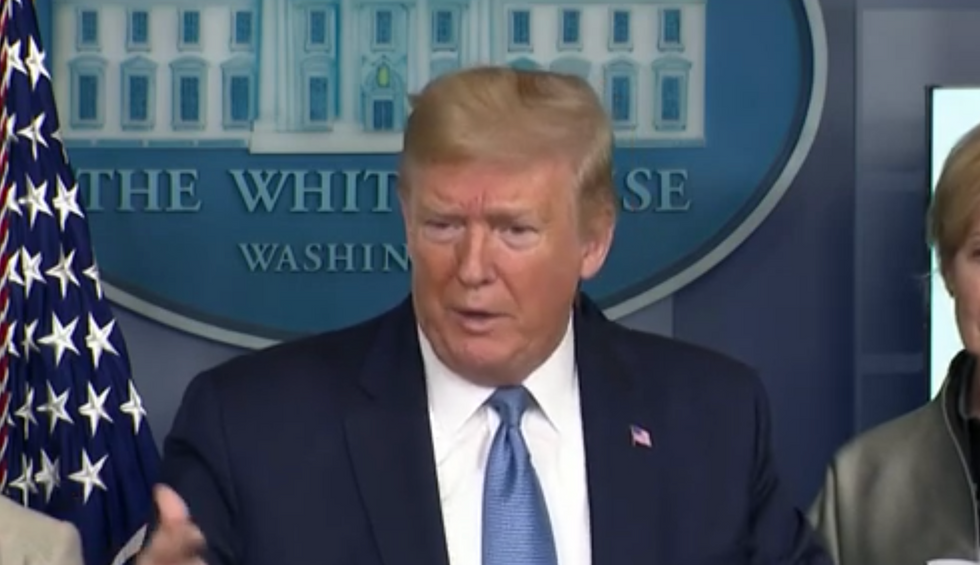 Meltdowns are nothing new for President Donald Trump. But this week in her Vanity Fair column, journalist Bess Levin asserts that his behavior has been especially bad lately. And Trump, Levin argues, only makes things worse for himself when he loses it over reports that he’s losing it.

“Donald Trump has never been the picture of mental stability, but over the last few weeks, he’s appeared to crank up the crazy from about a 45 to a 337,” Levin writes. “From seemingly proposing intravenous Lysol as a coronavirus cure to claiming the United States is close to testing 5 million people a day for COVID-19 — a number so completely absurd that he might as well have said we’ll soon be running 8 billion tests a day — to reportedly threatening to sue his campaign manager over a dimming 2020 outlook, the president has well and truly lost whatever remaining shred of sanity he once had on reserve.”

The Washington Post, this week, reported that Trump was furious with his campaign manager, Brad Parscale, when he warned that recent polls have shown him losing to former Vice President Joe Biden, the presumptive Democratic nominee. Trump, according to the Post, was in a shoot-the-messenger mood and resented Parscale for even bringing those polls to his attention. And now, Levin notes, Trump is furious with the Post and other mainstream media outlets for reporting on that meltdown.

“After Trump’s disinfectant comments set off a new political firestorm,” Levin notes, “the president reportedly took his anger over his dimming electoral prospects out on Parscale — whom he shouted at over the phone….. Trump’s outburst was indicative of the president’s apparently foul mood lately as the coronavirus has encroached on the election, with the Post noting that a mix of polling, poor news coverage, and the focus on coronavirus testing — which the Trump Administration continues to fail on — especially lowered Trump’s spirits around the time of the Parscale call.”

Another thing that recently infuriated Trump, Levin observes, is being advised that he shouldn’t speak at so many coronavirus press briefings.

“With his freewheeling political rallies now off the table in the age of social distancing,” Levin explains, “Trump has tried to wrestle back attention and control the coronavirus narrative through rambling daily press briefings, which give him the boffo ratings and attention he so badly desires. The president’s nightly exercises in egotism appear to only be hurting his 2020 chances even more, however — and Trump is lashing out as a result.”